Villas and gardens for an unforgettable stroll through Tuscany

Tuscany’s historical gardens are the ideal locations for pleasant walks, with the extraordinary pairing of architecture, art and environment making them unique among their kind. Villas, parks and gardens are embraced by nature, which, with their artistic jewels, define the great architecture of the Renaissance, 17th-century splendour, 19th-century Romanticism and present day. Let’s go in order and take a walk through some of these paradises, an undeniable part of the appearance and the history of Tuscany.

Florence and its surroundings

In Florence, the Boboli Gardens represent one of the best existing examples of an Italian-style garden from the 16th century, a model used by many European courts. Here, the visitor can stroll through a series of terraces, boulevards and paths, leading up to the hill where they are met with a rare collection of sculptures dating from the Roman period to the 17th century. The destination for many cyclists, walkers and tourists in search of greenery and fresh air, the Cascine Park runs along the right side of the Arno.

Also in Florence, the Stibbert Museum’s park hosts monuments, fountains, sculptures and a series of boulevards that rise and fall in between tall trees and along didactic paths for school trips. Ideal for strolls are botanical gardens such as the Iris Garden, which in May transforms into a celebration of lilies, the symbol of Florence, and the Garden of ‘Simples’, the third most ancient garden in Europe, conceived in 1545 on the orders of Cosimo de’ Medici.

Among the best panoramic positions in Florence, we point out Villa Medicea di Castello, with its beautiful garden of overlapping terraces, and one of the most celebrated Medici villas: Villa la Petraia.

In a continuous series of open spaces, architecture, woods and farmed land, we can’t not mention Villa Gamberaia, near Florence, and Villa Torre a Cona, near Rignano sull’Arno.  In Pratolino-Vaglia, Villa Demidoff hosts the works of great artists, the most spectacular of which is the Appennine Colossus, a mythical figure positioned to protect the park.

The lands of Siena and the Valdichiana

In the Siena territory, rolling hills and rows of grapevines intersect at Villa Geggiano, a noble residence with a garden and 18th-century hedge theatre, where at the end of the 1800s, Vittorio Alfieri recited one of his tragedies. The view towards Siena is incredible. Also in Castelnuovo Berardenga, the huge park of Villa Arceno invites you to stroll among its lakes, fountains, and temples surrounded by secular trees.

On the ridge in Vicobello, you can admire one of the best examples of Sienese Renaissance residences - Villa Chigi, with its prestigious lemon garden; on the same theme, the citrus garden of Villa Cetinale near Sovicille in unmissable.

The hanging garden at Palazzo Piccolomini (Pienza) is a meeting place between architecture and nature, as well as the lower formal garden of Villa La Foce, of the Marquises Antonio and Iris Origo. In Valdichiana, near Cortona, the majestic garden-park of Villa Tommasi Aliotti offers pleasant walks among the grottos, fountains, pools, sculptures, busts and secular plants, important for its high natural and scientific interest.

Perfectly inserted in the hillside landscape of the Grosseto Maremma, the Tarot Garden is an artistic park designed by the French artist Niki de Saint Phalle, with huge figures inspired by the 22 Major Arcana in the Tarot. Installations of contemporary artists are hosted in the Romantic-era park of Villa Celle, near Pistoia, and the garden by the Swiss artist Daniele Spoerri, which conserves 80 works of contemporary art that can be observed along the botanic route.

Travelling through the territory of Pistoia, you cannot avoid the scenic terracing arrangement of Villa Garzoni, in Collodi, the perfect synthesis of Renaissance geometry and the magnificence of the Baroque style. In Scornio, in the park of Villa Puccini, water carries out an important function, thus respecting the Romantic taste of the mid-19th century. At the foot of the Monti Pisani, in the calmness of the countryside, Villa Roncioni and its park were testament of the love between Ugo Foscolo and Isabella Roncioni, who was immortalised by the poet in the character of Teresa in the Last Letters of Jacopo Ortis.

Moving to Lucca, Elisa Baciocchi Bonaparte, Napoleon’s sister, was the main architect of the majestic complex of Villa Reale di Marlia, which includes the splendid 17th-century Orsetti gardens. The villa hosted several illustrious figures, including the violinist Paganini, the American artists John Singer Sargent and representatives of all the European Royal Houses. Not to miss are Villa Cenami Mansi, surrounded by a splendid garden, Villa Santini Torrigiani, one of the most luxurious and scenic aristocratic residences of the Lucchesia, and Palazzo Contorni Pfanner, the protagonist of the films Il Marchese del Grillo and Arrivano i bersaglieri.

We set our course for the sea, in direction of the Isola d’Elba, where it is said that Paolina, Napoleon’s sister, dreamt of enclosing the island’s sensual fragrances in a perfume that would surpass the ones she received from Paris. She was probably inspired by the serenity of the garden at Palazzina dei Mulini, in Portoferraio, from where you can delight in its spectacular view of the Tuscan coast. 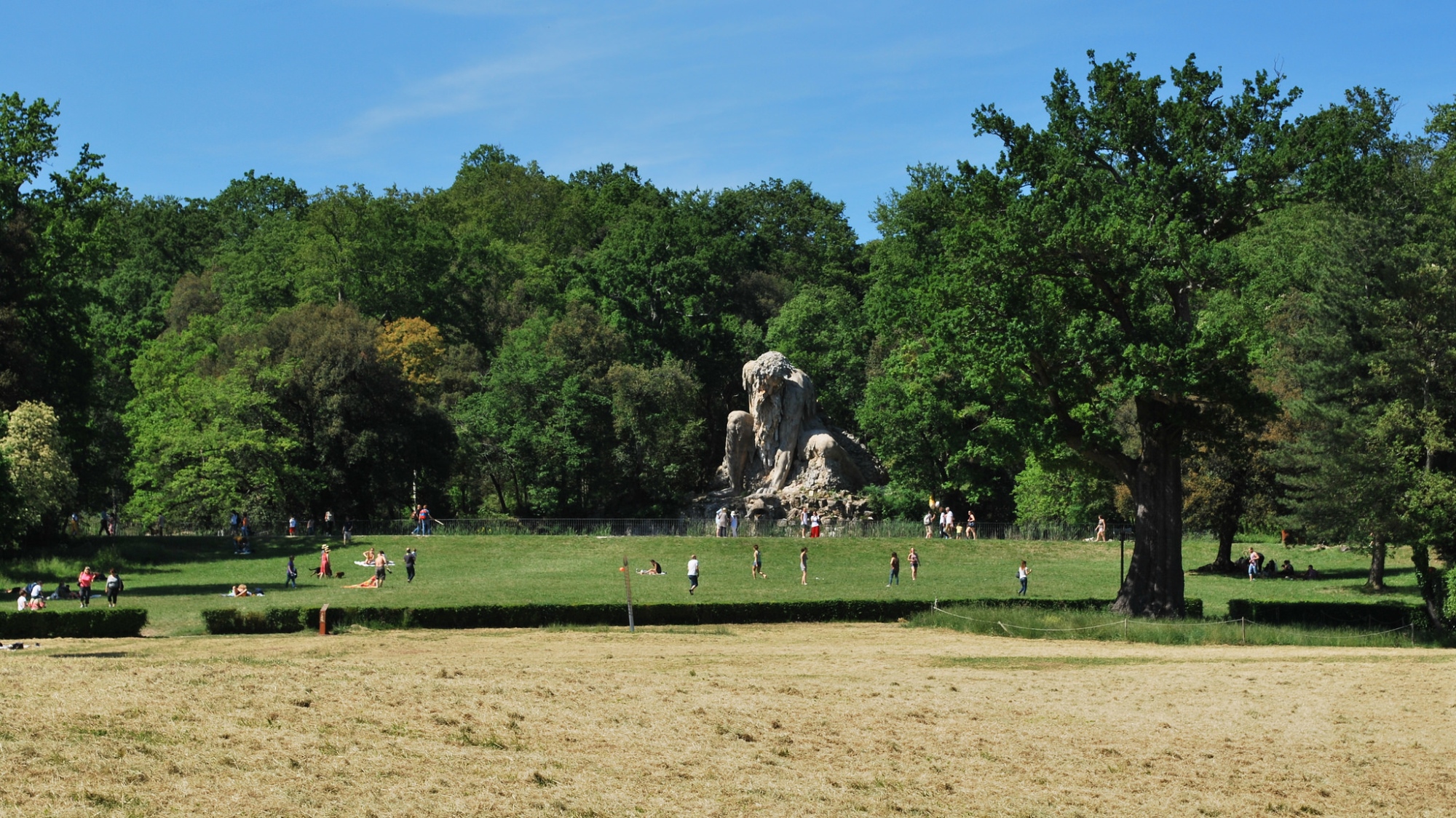 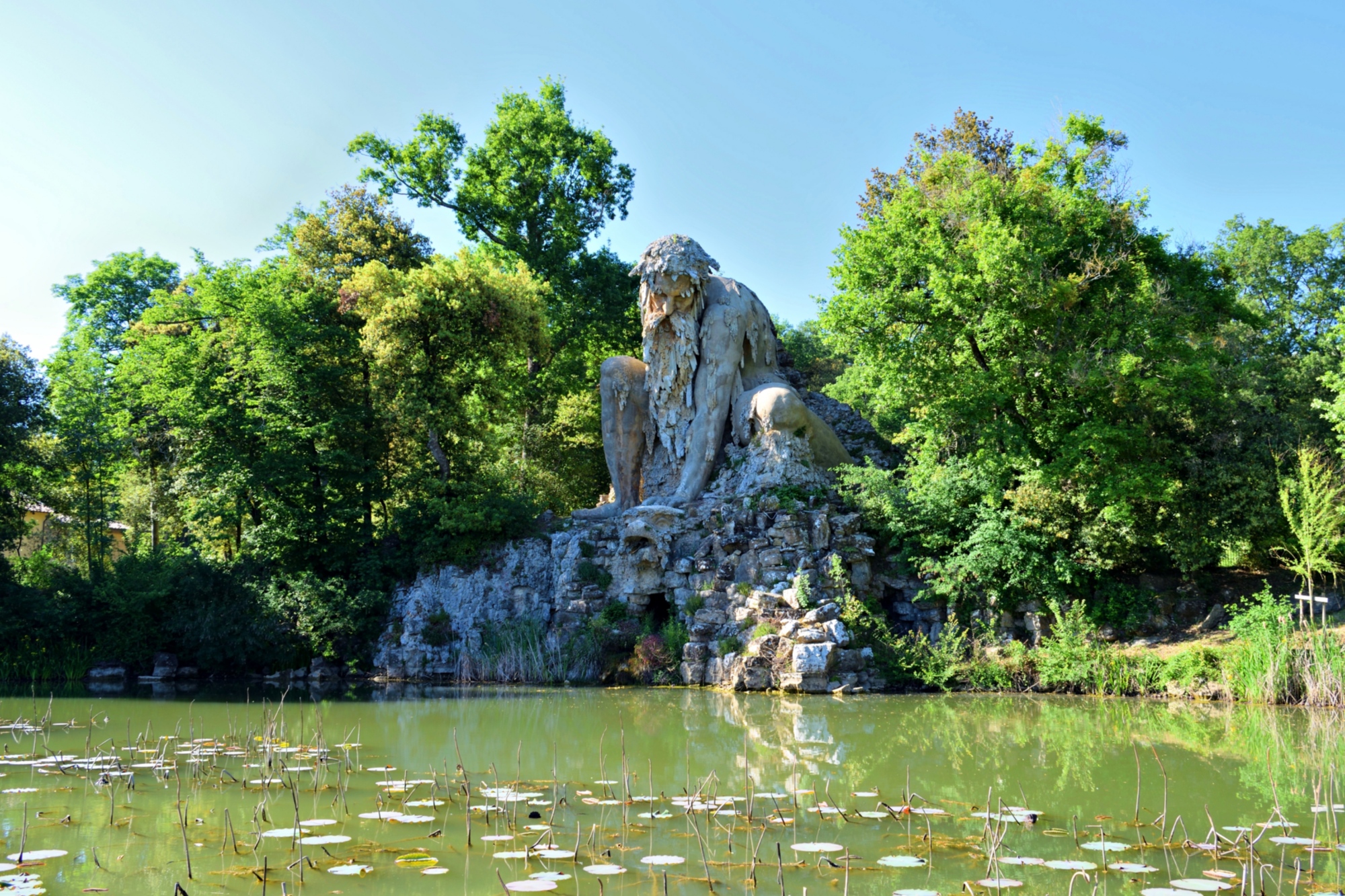