Getting around
wb_sunnyWeather
dialpadUseful numbers
get_appDownload Area
mail_outlineContact us
Sign up to our newsletter
A treasure trove of secrets, events, curiosities and news, straight to your inbox
Follow us!
Tuscany official tourism website ©2022
Italiano English Deutsch Español Français
Photo © Public Domain, via WikimediaCommons

The list of women who lived in Tuscany who are, and have been, part of the LGBTQ+ community over the centuries is extensive.

Some of them gave up everything to live their lives away from gender stereotypes, others fell in love with the territory and told about Tuscany in novels and literature, and still others again wrote about love between women for the first time.

In this article, we reveal some of the stories and places to visit to discover the life of 6 women who lived in Tuscany.

The first woman we want to tell you about is Benedetta Carlini, an Italian nun who lived in the seventeenth century and went down in history for her love for Sister Bartolomea.

Benedetta Carlini lived her life at the Convent of the Mother of God in Pescia, a lovely medieval village in Valdinievole.

Sister Benedetta soon became abbess of the convent, but her life was tormented by terrible nocturnal visions. In agreement with the other nuns of the convent, Sister Bartolomea decided to share her cell with her abbess to be close to her and reassure her during these events. However, what happened in Pescia did not go unnoticed and the convent was placed under investigation by the Pontifical Gendarmerie who eventually discovered that Sister Benedetta and Sister Bartolomea were lovers.

A film has recently been made about the life of Sister Benedetta that will be presented at the Cannes Film Festival 2021. The film directed by Paul Verhoeven, director of Basic Instinct, was shot between Montepulciano and San Quirico d'Orcia and is one of many examples of the love directors from all over the world have for Tuscany

Now, let's talk about two English artists: the sculptress Lady Troubridge (also known as Una Vincenzo or Una Troubridge) and the writer Radclyffe Hall. The story of their lives is not only linked to Tuscany, but it's also very important for the identity of the LGBTQ+ community in the early twentieth century.

The two women, who lived during the world wars, traveled extensively in Italy. From 1921, they visited Tuscany often and for long periods, staying in Viareggio, Lucca and Florence.

They stayed in hotels, apartments and in particular, Palazzo Guicciardini, where the famous 16th-century writer, politician and historian Francesco Guicciardini lived. Florence became for them, “our Florence, a shared place of joy”. Among the couples most loved places was Orsanmichele Church, the Lungarno and the streets of the historic center.

Radclyffe Hall became famous for being the writer of the first lesbian-themed novel: The Well of Solitude. The book was published in 1928 and immediately caused a sensation, especially in England. The writer was accused of obscenities and for this reason was subjected to trial. However, despite the censorship, the book was translated into 11 languages ​​and sold over a million copies.

Another woman who deeply loved Florence was the English writer Violet Paget, known by her male pseudonym Vernon Lee.

For most of her life, she lived at Villa Palmerino, in the hills just outside Florence. She loved to dress à la garçonne and she loved women, engaged in fighting against gender stereotypes. We don't know if Violet Paget / Vernon Lee was transgender person or non-binary, but we are sure that she was one of the first queer people to live their life freely.

She met her first love, Annie Mayer, in Italy. Her second was Mary Robinsons and finally, her last great love was Irene Cooper Willis who was close to her until her death in 1935.

She was a fervent feminist and pacifist. She lashed out hard against the First World War and for this reason she suffered a strong censorship during her years of activity and was only rediscovered in the nineties.

Upon her death in 1935, her partner donated a collection of over 420 volumes to the British Institute of Florence, which can still be consulted today in the Institute's archives.

The American writer and poet is one of the most important figures in global LGBTQ+ culture.

Gertrude Stein, a great lover of art and Italy, often visited Tuscany and one of her trips has remained in history. In the hills of Fiesole, she declared her eternal love for Alice Toklas. From that moment on, their relationship, along with the ups and downs of all couples, became one of the best known in LGBTQ+ history.

Gertrude and Alice remained together throughout their lives, living in Paris and dedicating their lives to art, writing and travel. Their home became a meeting place for painters and writers, including Picasso, Matisse, Hemingway and Fitzgerald.

Romina Cecconi is one of the key figures of the Italian LGBTQ+ movement. Her story is that of a woman trapped in the body of a man whose path in life has contributed to the improvement of the living conditions of transgender people in Italy.

In the sixties, Romina Cecconi used to frequent the Cascine park and one night she was the victim of a police raid. She paid for her freedom with jail, violence and confinement as a "socially dangerous person" in Volturino, a small town in the province of Foggia. In the end, however, Romina managed to become the first Italian transgender woman to obtain a change of gender, helping to pave the way for Law 164 for the adaptation of gender on legal documents.

Romina Cecconi wrote an autobiography titled “Io, la Romanina” and a documentary about her life called La Donna Pipestrello was made, presented during the thirteenth edition of the Florence Queer Festival as also as a theatrical performance. 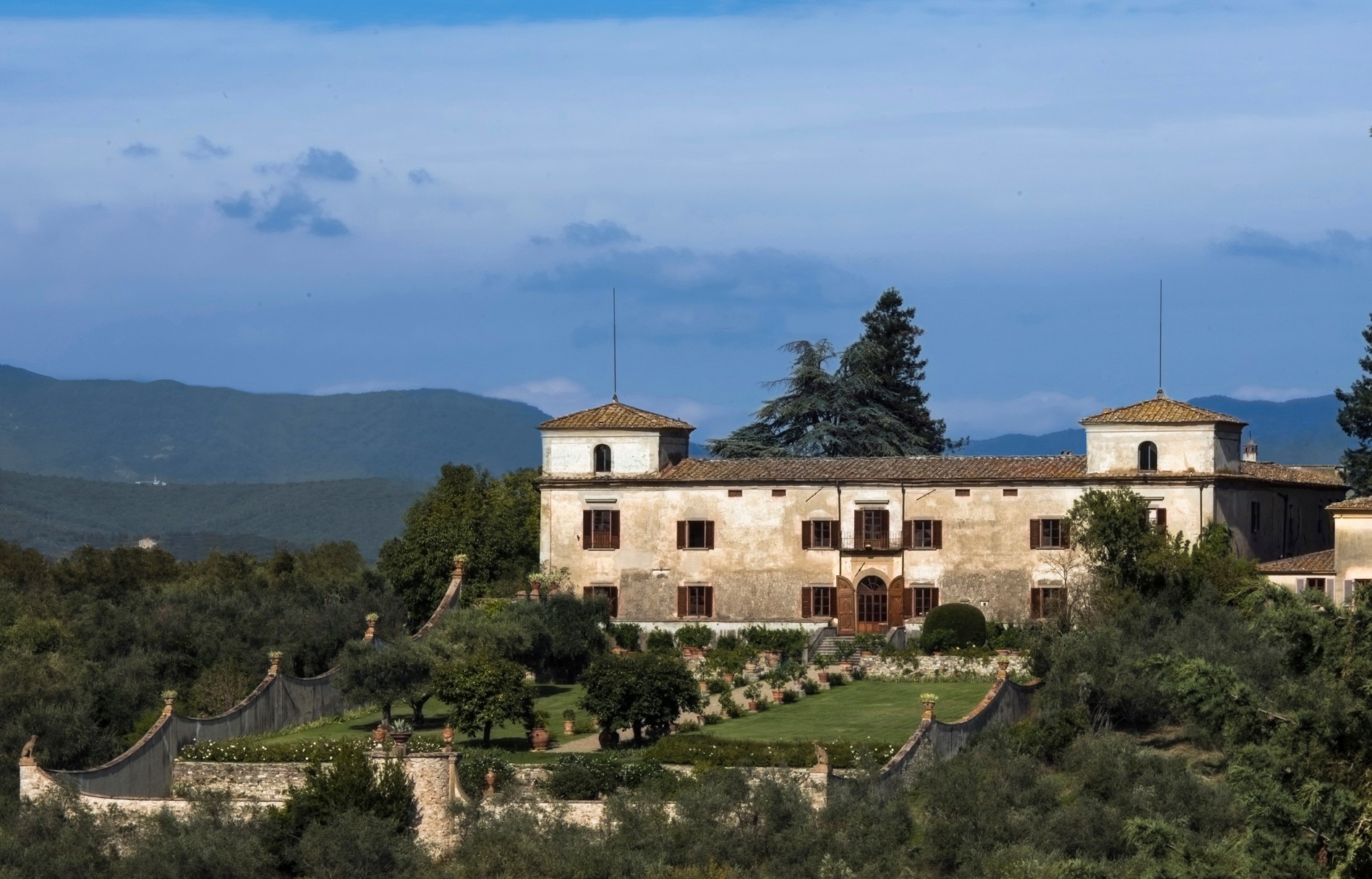