Capraia, Gorgona, Elba, Pianosa, Montecristo, Giglio and Giannutri are the seven islands of the Tuscan Archipelago, the largest marine park in Europe. A beautiful seaside destination with wild coasts, picturesque bays, marinas and wonderful seabeds, but also mountains, incredible flora and fauna, walking trails and villages populated by people of the sea and land. Over the centuries, the inhabitants of these islands have developed a simple and frugal cuisine, that’s no less tasty and varied, but influenced by those who passed through here long ago for commercial or military purposes.

It should be noted that only two of the islands are home to any real community. They are the largest two: Elba and Giglio. The others have been and still are sparsely inhabited and some of them have hosted, and a couple still host, prisons.

Therefore, a journey through the most important dishes of the archipelago's cuisine ends up being limited to Capraia, for its uniqueness and its traditions, and to the above-mentioned islands. Together however, they offer a variety and wealth of extraordinary dishes, especially when you consider the size of the territories and the number of inhabitants.

The flavours of Elba Island

An example of this is the gurguglione, native to the eastern side of Elba Island and its mining tradition. It’s a vegetable stew similar to ratatouille and a child of the Moorish-Spanish culinary culture. The sburrita is of the same vein. It’s a cod soup with garlic, chilli, calamint and slices of homemade bread. Stoccafisso alla riese is another dish. Lengthy and difficult to prepare, it’s stockfish accompanied by salted anchovies, onion, tomatoes, basil, parsley, green peppers, black olives, pine nuts and capers. Further inland, you’ll find many dishes with chestnuts and mushrooms from Marciana, a municipality that thrives on the highest peaks of the island.

The sea offers plenty of amazing dishes, including boiled octopus, stuffed, fried or devilled squid, very tasty fried curled picarel and anchovies, the always good mixed fish fry, risotto with cuttlefish ink, spaghetti with ‘margherita’ or spider crabs, and the much sought-after Elba cacciucco, which differs from the Livorno seafood soup through its use of different fish species and its less spicy and aromatic flavour. Bonito, a local blue fish similar to tuna, also holds the title of the first product in the Tuscan Archipelago to receive Slow Food designation.

The local breads with anise seeds that are prepared for festivals have ancient origins. Cirimito and caccilebbora were both given as gifts for good luck and fertility. The imbollite are another ancient dish from Elba. They’re like little focaccias made with the fat figs that grow all over the island.

Food and wine of Elba Island

And finally, there are the sweet breads. The schiaccia briaca, originally prepared for end-of-year festivities, contains raisins and pine nuts, as well as wine and alchermes (a red liquor flavoured with sugar, cinnamon, cloves, nutmeg and vanilla) that characterizes the flavour of the bread and gave rise to its name, which literally translates as ‘drunken focaccia’. The corollo is a leavened doughnut. The schiacciunta is a cake made with eggs, flour, sugar, lard and grated lemon peel. The schiaccia di Pasqua or sportella, flavoured with anise and fennel with the addition of dried fruit, raisins, pine nuts, dried figs and sweetened in the past with honey, today with sugar, requires a very long leavening.

The flavours of Giglio Island

On the topic of bread, among the traditional Gigliese dishes is panficato, a sweet bun prepared with jam, walnuts, figs, fruit, orange peel and a handful of flour or bread. It can be shaped like biscuits or cakes.

‘Pesce in scaviccio’ is served as an appetizer. It’s floured oily fish, fried and seasoned with a unique sauce, prepared with the hot fry oil, vinegar, raisins, crushed garlic, rosemary and salt. Tuna fillet or belly preserved in oil, called tonnina sott’olio, is usually served together with a salad of Giglio tomatoes, celery and spring onions.

In the culinary tradition of Giglio Island, there are also plenty of meat dishes. A highlight is coniglio alla cacciatora, rabbit cooked with tomatoes, Mediterranean spices and chilli. Olives in pesto are prepared with olive oil, garlic, salt, fennel seeds, chilli and orange peel. Before eating them, you should leave them to marinate in the fridge for a few days in a tightly sealed jar.

The flavours of Capraia

Finally, in Capraia, you must try the fritters, sammula or samula soups, a species of wild garlic and the delicious squid, prepared in different ways and the star of the island’s most important festival held in early November. 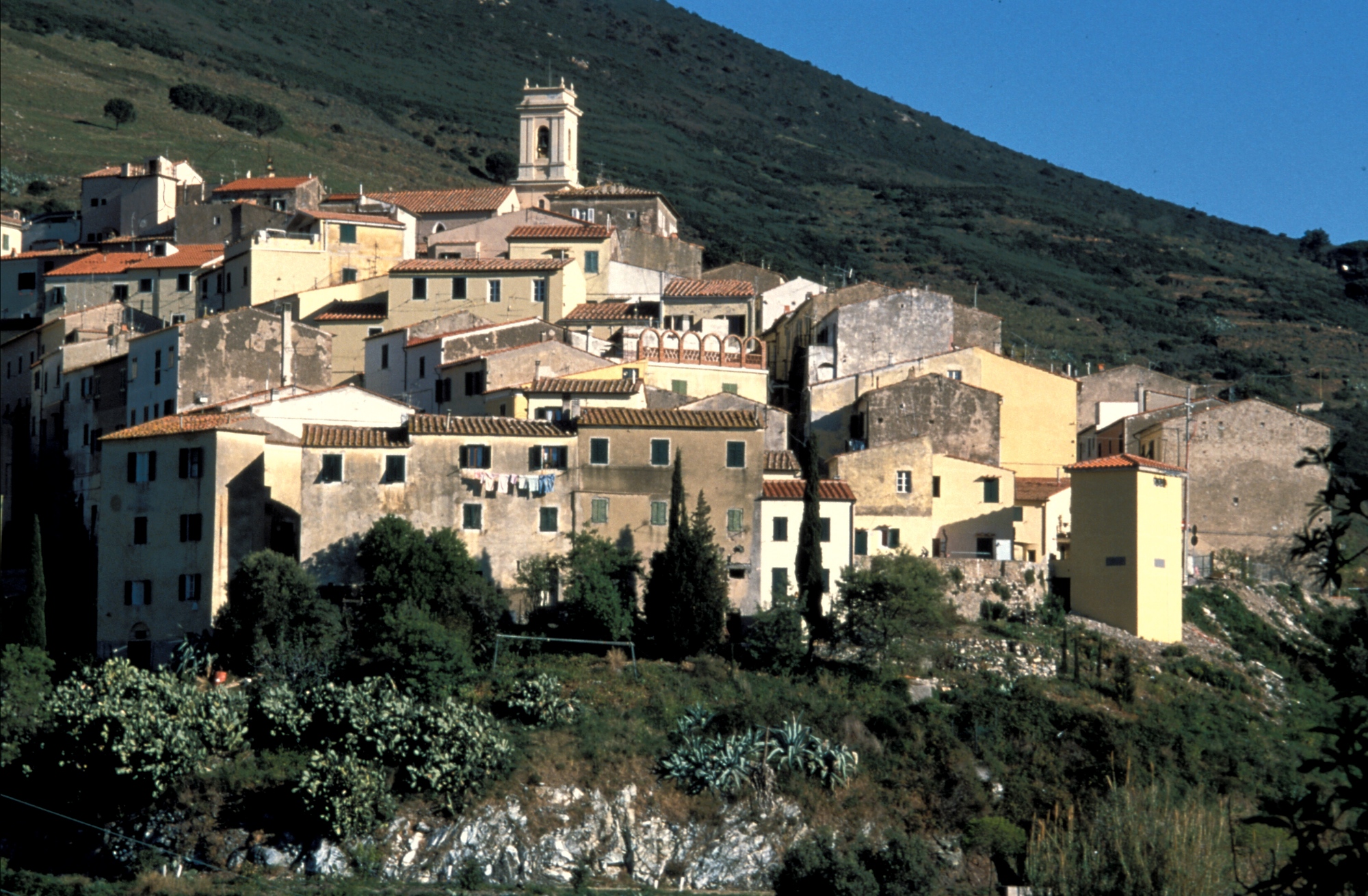