Visittuscany is now also available in French!
Italiano English Deutsch Español Français
Photo © Simone Addis
Where to get married on Elba island
Say ‘I do’ with your guests gathered by the glittering sea in a veritable paradise
share

Elba island is the epitome of romance with its jaw-dropping beauty, incredible history, and utterly delicious food and wine. Join together with breathtaking views as you mark one of the most important occasions of your life somewhere truly spectacular. The place where Virgil’s Jason stopped in his search for the Golden Fleece, this island is steeped in mythology and history, making it perfect for an immense celebration of your love.

Of course, the best weddings offer the very best produce to their guests: that’s a certainty in this place which Pliny called “the island of good wine”. Equipped with some of the most stunning beaches in Italy, your day is sure to dazzle. Here, we bring you through some of the many places for a perfect wedding on Elba island.

The capital and main seaport of Elba Island, Portoferraio bears traces of the Ligurians, Etruscans and ancient Greeks and Romans. It’s peppered with historic villas overlooking the Tyrrhenian coast as well as imposing Medici forts. The Town Hall is available for your nuptials, with your love made legal in the Salone Ottocentesco. For a truly sweet celebration, see the former biscuit factory, the Palazzo della Biscotteria, where you can get married in the historic cloister in the building that’s now home to the town offices of Portoferraio.

The 16th century cloister in the Caserma De Laugier is another interesting choice: commissioned in 1562 by Cosimo I de ‘Medici, the building was once a convent, then a barracks and is now a cultural and congress center with a splendid view of Portoferraio and the Medici dock lying below. Thespians will be thrilled by the Teatro dei Vigilanti, with many stages in its history, from church to warehouse to military building, Napoleon Bonaparte turned it into a theatre to be used for exhibitions and special events in 1814. Those enamoured with history may instead turn to the Archaeological museum located in the old salt store rooms of the Linguella Medicean Fortresses with Etruscan and Roman artefacts found from shipwrecks and villas revealing the centuries of culture in the area.

Fortresses symbolize strength and timelessness, two things aptly suited for a strongly-starting marriage! Built by the Medici to defend the Grand Duchy of Tuscany, Forte Falcone sits at the highest point of Portoferraio with impressive defensive features designed by architect Giovanni Battista Bellucci. It’s connected by large walls to Forte Inglese, overlooking the sea and an extraordinary location for your wedding ceremony.

directions
How to reach
Get directions
east
Campo nell’Elba

The scattered municipality of Campo nell'Elba is made up of several inhabited centers filled with natural and cultural treasures as well as boasting a one-kilometer long beach that lures your guests to relax. Colourful fishing boats line the coast with the Tower of San Giovanni standing proud from the hillside. The Town Hall hosts civil ceremonies in the Sala Consiliare for you and your loved ones to join together in a perfectly romantic setting. The Hotel dei Coralli is another option, just mere moments from the sea.

Keeping it coastal, Cavoli beach (Il Convio) and Marina di Campo beach (Paglicce) are idyllic seaside spots to satisfy all maritime lovers. Golden sands lay out before you as the sound of the waves accompanies your vows. Pianosa island is another spectacular place for memorable moments with your new spouse as you set sail to the small island in the Tuscan Archipelago for a private and serene celebration immersed in the bright blues and greens of the natural paradise.

directions
How to reach
Get directions
east
Capoliveri

The medieval hilltop town of Capoliveri is surrounded by the sea in an abundance of beauty. Built on a slope of Monte Calamita, it’s a landscape rich in vineyards and good wine, but we can’t exclude a mention to its very popular beaches. The Town Hall hosts civil ceremonies here and you can also check out the many beautiful villas, residences, hotels and agritourisms dotted all around the gorgeous area, many of which have outdoor areas for ceremonies in the sunshine or by the sparkling sea.

directions
How to reach
Get directions
east
Porto Azzurro

The charming fishing village of Porto Azzurro was once under Spanish rule, imbuing it with a unique and fascinating character. The turquoise tones of the bay are behind the name of this special place that is a renowned beach destination. The Sala Consiliare (Council Chamber) of the Town Hall is many couple’s choice for their big day.

Alternatively, you could choose the Teatrino delle Suore, the local theatre used for many notable occasions. And of course, in a place known for its beautiful beaches, there’s no shortage of beach resorts to choose from either. The beaches of Pianotta, Barbarossa, Rossa and Terranera all provide breathtaking backdrops for your first kiss as a married couple.

directions
How to reach
Get directions
east
Marciana

Situated on the slopes of Monte Capanne, the quiet hilly town on the west side of Elba is one of the oldest settlements on the island with its foundations dating back to 35 BCE. With oak, pine and chestnut trees hugging the area, the sea is still only just 5 kilometers away. The Sala Consiliare in the Town Hall is one option where you could declare your love in front of your gathered guests, but you could also choose the Collegiata di San Sebastiano, the Collegiate church that is used as a cultural venue.

Beach lovers won’t be disappointed by the remarkable Procchio and Pomonte beaches while history buffs might seek out the Pisan Fortress, built at the highest point of the town to watch out for enemy attacks. Molo di Sant’Andrea and Molo di Patresi are other picturesque seaside spots to amaze your guests and where you’ll undoubtedly create moments you’ll treasure forever.

directions
How to reach
Get directions
east
Rio nell’Elba

One of Elba’s oldest villages, the hilltop town of Rio nell’Elba dates back to the Bronze Age and is a particularly charming place to declare your love. The Sala Consiliare in the Town Hall will make your union official, before you set off into the wonderfully atmospheric streets to take your first steps as a married couple. Take your guests by surprise and get married in the Public Wash House: the Antichi Lavatoi Pubblici is where the locals used to wash their clothes in the fresh water that came from the Canali spring, flowing into the building through bronze spouts dating to the 16th century and which now hosts weddings.

Another option is the Teatro Garibaldi, known as the Teatrino, it’s located in the heart of the historic center of the town. The small and charming theatre is usually the site of contemporary and classical shows and concerts, but it’s also possible to put your love center stage in the reconstructed 18th century structure.

directions
How to reach
Get directions
east
Rio Marina

A small fraction of the comune of Rio, Rio Marina dates back to the 15th century and has a mining past. Now mainly a tourist location, it sits on the east coast of the island and is the access point to the sea for Rio nell’Elba. The Sala Consiliare in the Town Hall is where your love can be made official. Or, you could choose Torre Appiani, the Tower of Appiano, taking your love to new heights as your reach the top of the historic defensive structure, built at the behest of Giacomo V Appiano in 1534 to thwart the attacks of pirates.

directions
How to reach
Get directions
east
Marciana Marina

The charming fishing village of Marciana Marina is Elba’s smallest municipality, running in a semicircle around a bay on the north-west of the island. With views stretching from Monte Giove to Monte Perone, this stunning panorama is known as “little Marseille” and much-loved among sailing enthusiasts. The Comune of Marciana Marina hosts weddings in the Sala Consiliare, located on the second floor of the Town Hall and that can accommodate about 50 people, with the jaw-dropping view of the coastline mere moments away.

Ultimately, you’re assured of a spectacular wedding no matter where you choose on Elba Island, the landscape creates a wonderfully memorable backdrop for one of the happiest days of your lives and with the centuries upon centuries of history, your guests are sure to have plenty to explore pre- and post-party. 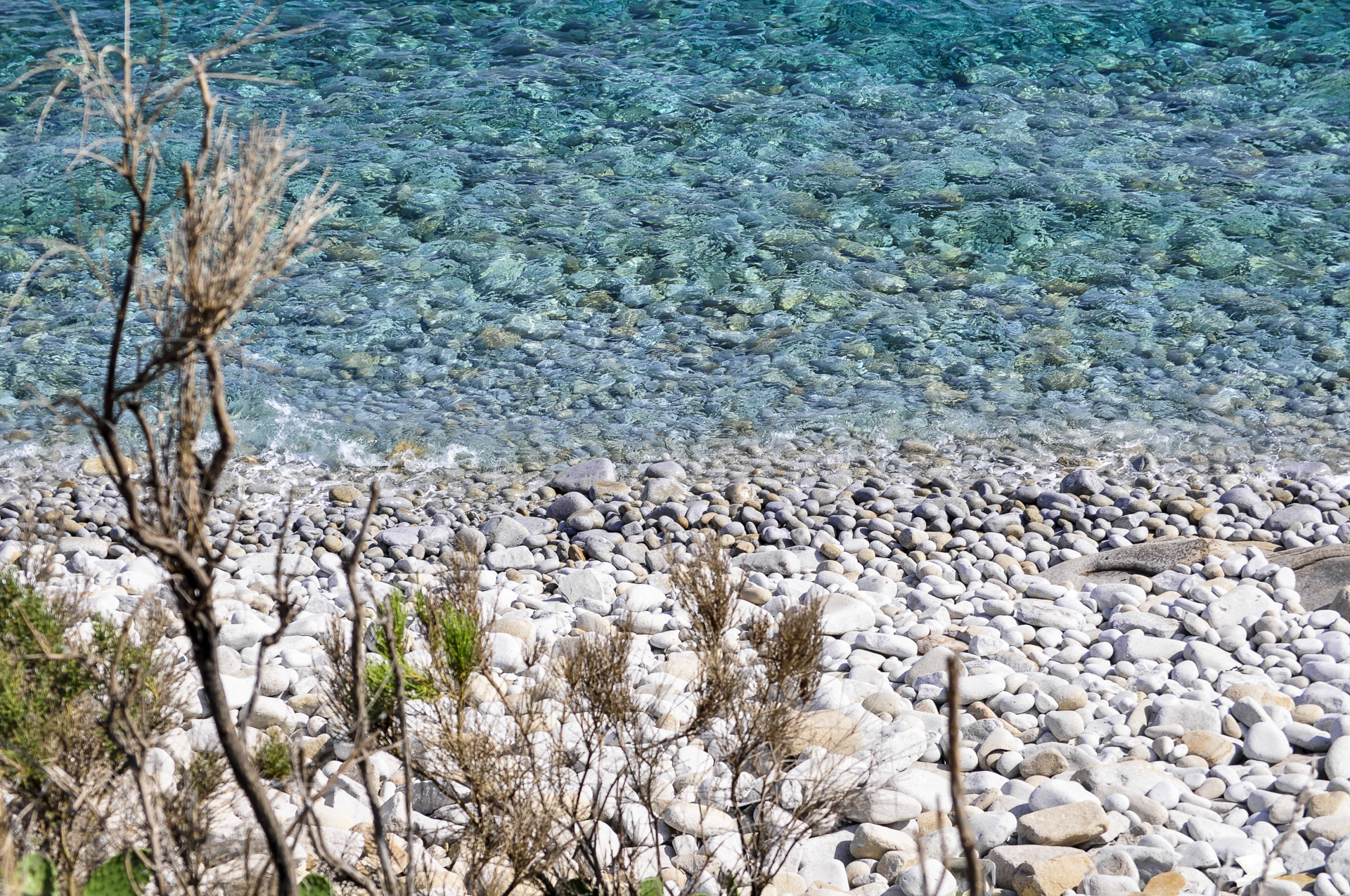