Travelling with Dante on the Via Francigena

Among history and the Divine Comedy, we follow the traces left by the Supreme Poet in documents and in his most famous work

Tuscany, the homeland of Dante Alighieri, was a place that was often travelled by the Supreme Poet both before and after his exile from Florence. Many of the places that he passed through or that are mentioned in the Divine Comedy are located along the route of the Via Francigena: following its itinerary, it's possible to retrace many historical events in the footsteps of Dante.

In the places of Dante

San Gimignano is one of the cities where it is certain that the Supreme Poet stayed. His arrival in 1300 as a representative of the Guelph League is documented, having come with the aim of obtaining a political alliance. The room in the Palazzo Pubblico where he gave his speech was since dedicated to him and is now called Sala Dante.

Throughout the historic centre, it's possible to find references to the Divine Comedy and works inspired by his masterpiece that can be discovered with a dedicated itinerary that goes from the municipal halls to the churches, up to the Vernaccia Museum, the only wine ever to have received a mention in Dante's poem.

From the quotation in the Comedy, we know that Dante must have admired the walls and towers of Monteriggioni: once much more magnificent than there are now, they impressed him to the point of being compared to the giants wedged around the well of Malebolge (Inferno, XXXI, vv. 40 -45).

Several snippets and rumours report a series of visits that Dante made in the city of Siena. The first and only accredited source is Boccaccio's Trattatello, where the poet is described as deeply absorbed in his readings. Some sources affirm that Dante lived and studied in Siena for a few months, others report that his son studied here. Although this information is not entirely certain, it's beyond doubt that the Supreme Poet frequented several well-known Sienese personalities including Cecco Angiolieri, and knew the places and events in the city very well. Plaques are hung throughout the historic centre (eight in total ) that quote passages from the Divine Comedy, affixed to the buildings where the events narrated took place. For example, you can admire those in Via della Diana, in Vicolo Beato Pier Pettinaio, in Via del Moro or at the Casato di Sotto.

Along the Via Francigena, there are several places whose events are mentioned in the Divine Comedy.
In Val d'Arbia, the commemorative pyramid of Montaperti shows verses 80-81 from Canto XXXII of Hell, in which Dante meets Bocca degli Abati, a traitor to the Guelphs. The same battle is also mentioned in Canto X and described as so bloody and gruesome that it dyed the Arbia river red (Inferno, X, v. 85).
Linked to both Siena and Monteroni is Pia de 'Tolomei, to whom Dante dedicated Canto V of Purgatory.

Events at Radicofani and the gentleman brigand Ghino di Tacco are mentioned in Canto VI of Purgatory, in which the poet speaks of Benincasa da Laterina (known as the Aretino), killed by Ghino di Tacco himself.

Dante and the Lunigiana

A well-documented story is that of Dante as a guest of the Malaspina family in 1306, when he aimed to act as a mediator between the Malaspina themselves and the bishops of Luni. It's not clear whether the places where he travelled are those that cross the route of the Via Francigena, however a reference to the Lunigiana feudal lords is found in Canto VIII of Purgatory, where Dante meets Corrado Malaspina, who "predicts" the journey to the land where he was powerful in life. 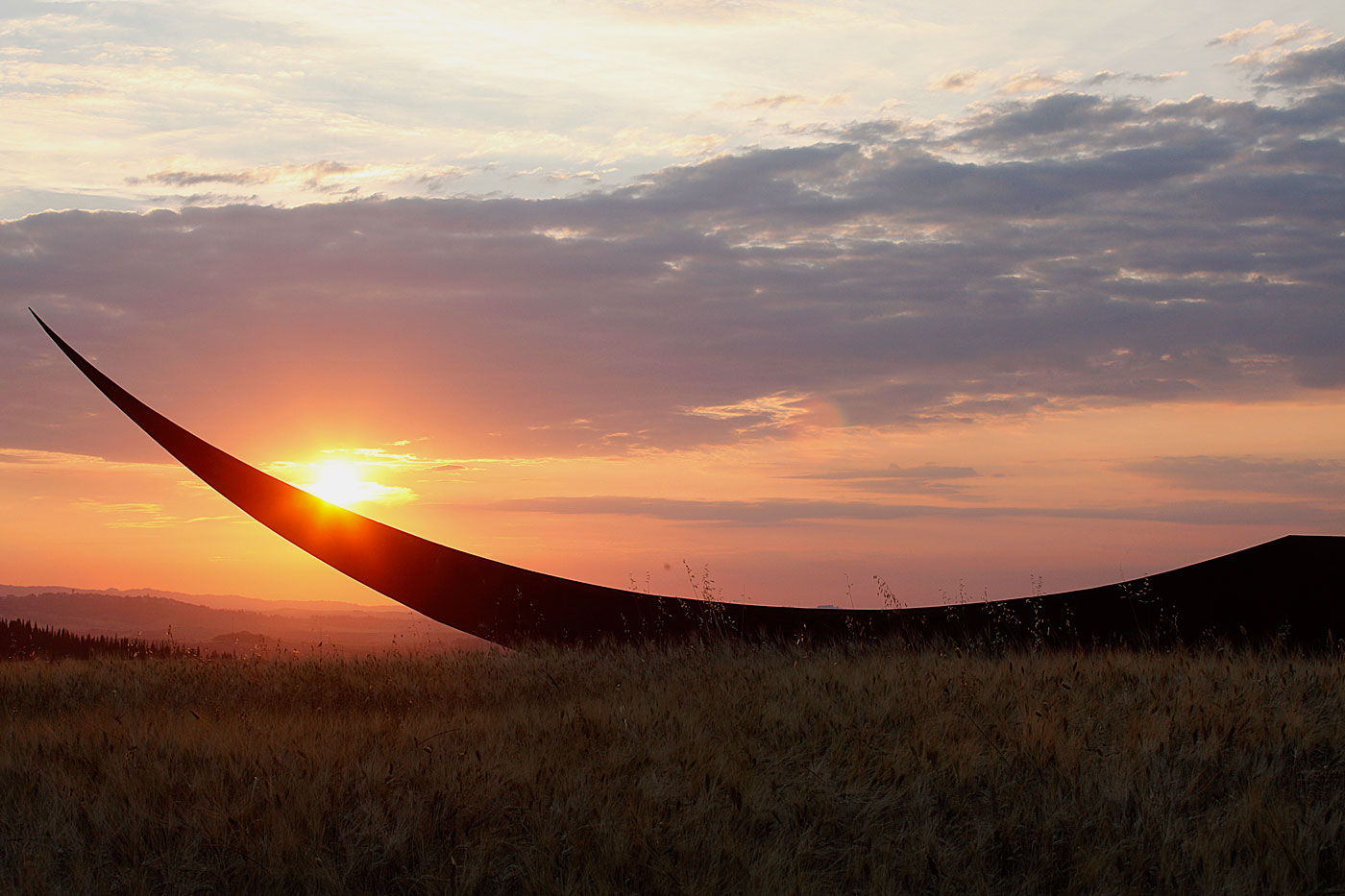 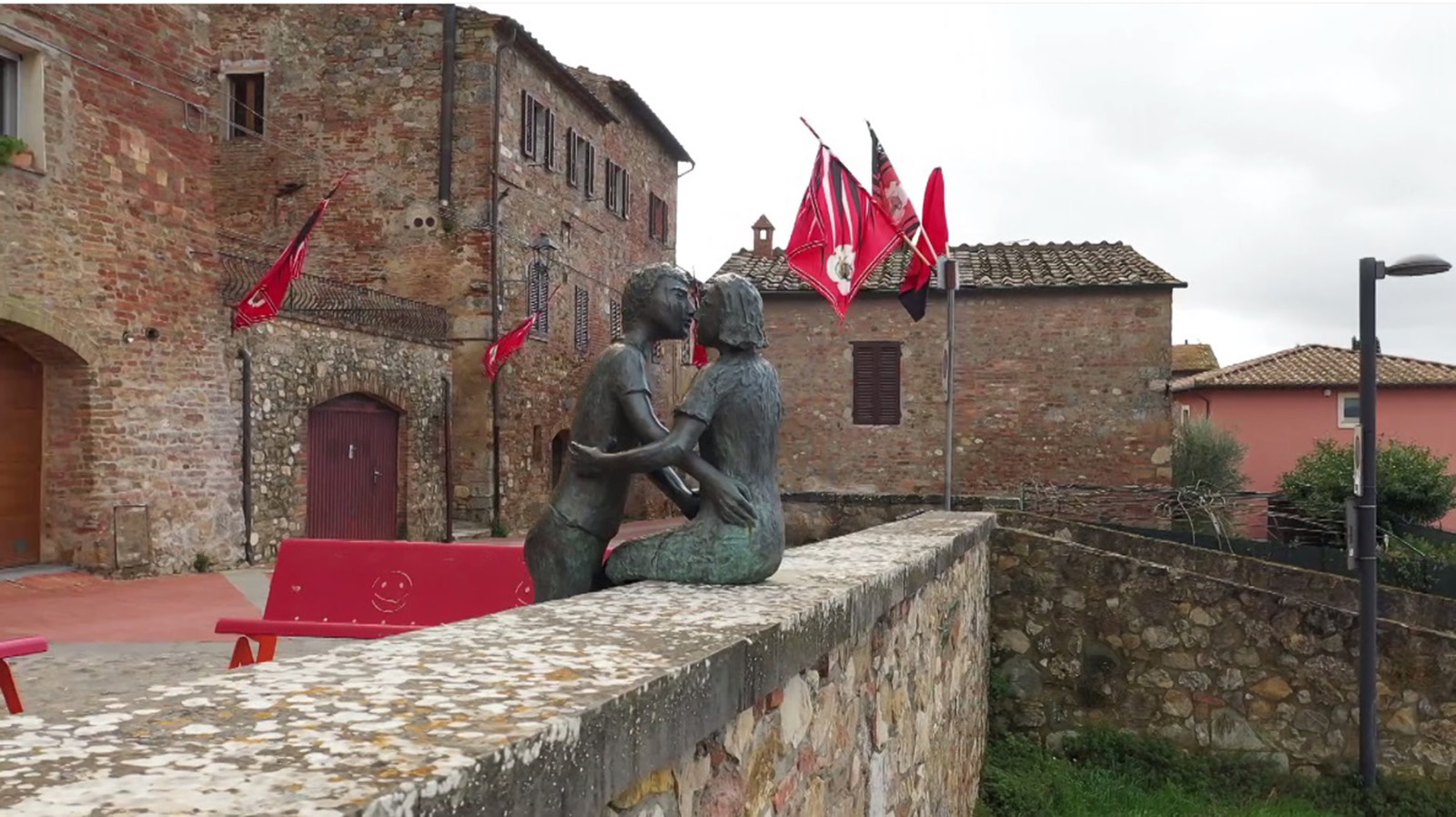