From Florence to Siena, on the trail of the Renaissance genius

Many of history’s most illustrious artists were born or lived in Tuscany. Coincidence? We will never know. What we can do, for the time being, is tell the stories of the parts of Tuscany that one of the greats of the Renaissance, Raphael, visited and loved. Born in Urbino in 1483, he was a painter and an architect: his miraculous works bear an unmistakeable style that sets him apart from the atmospheres of Leonarda da Vinci and Michelangelo.

In this article, we take you to discover the landscapes that Raphael gazed at more than five centuries ago, and the artists with whom he was compared.

Raphael often went to Siena to see his friend Pinturicchio, who invited him to collaborate on the frescoes in the famous Piccolomini Library in the Siena Cathedral. Without having concrete evidence that he did so, we can fantasise that Raphael put hand to paper on the Aeneas Silvius Piccolomini leaves for Basilea, which today lives in Florence’s Uffizi Galleries, in the Department of Prints and Drawings.

The young Raphael arrived in Florence with a letter of recommendation from the daughter of the Duke of Montefeltro. At the beginning of the 1500s the city was enjoying a moment of incredible artistic and cultural vigour, and here Raphael was able to encounter the techniques that Leonardo and Michelangelo were deploying. In 1504, Leonardo was working on the sketches for the Battle of Anghiari, while that very same summer Michelangelo’s David was hoisted in front of the Palazzo della Signoria. In short, Raphael found himself surrounded by the great masters.

Raphael stayed in Florence for four years or so, leaving in 1508. During that time he produced portraits, sacred works, and Madonnas, not least the Madonna of the Goldfinch and the Esterhazy Madonna. Even if we do not know where he lived or where his workshop was, it is easy to imagine the artist wandering the historic centre, around the Uffizi and the Palazzo della Signoria.

He left Florence abruptly at the end of 1508 and went to Rome, having received an important commission from Pope Julius II.

Many of Raphael’s works are found in Tuscany, especially Florence and Pisa. In the latter, for example, the museum in Palazzo Reale is home to Nicola da Tolentino and the hanged men, while the Uffizi in Florence conserves his famous self-portrait, the Portrait of Elisabetta Gonzaga, the Madonna of the Goldfinch and the Portrait of Leo X with the cardinals Giulio de’ Medici and Luigi de’ Rossi. And in the Palatine Gallery, one finds the masterworks that are the Madonna del Granduca, La Gravida and the Portrait of Agnolo Doni. 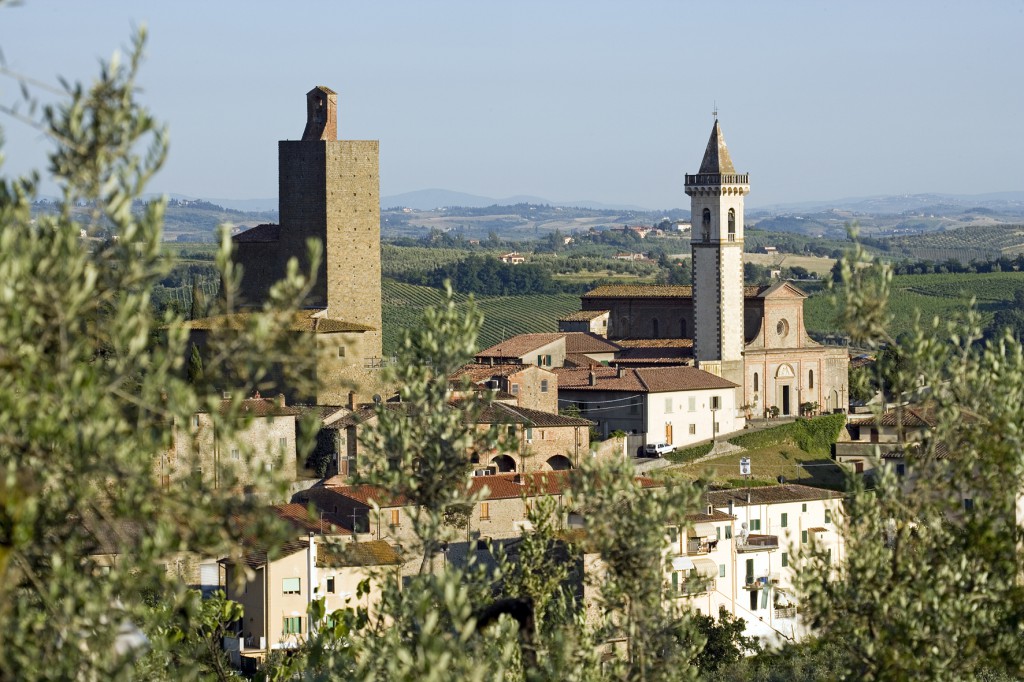 The sky roof: visiting the San Galgano Abbey
5 foodie things to do in San Miniato