Visittuscany is now also available in French!
Italiano English Deutsch Español Français
Take a journey to discover Brunelleschi, Donatello, Masaccio and many other artists
Art in Tuscany, the birthplace of Renaissance
by Claudia D'Aliasi
share

The Renaissance age in Tuscany coincides with the apogee of Florentine power and with the establishment of the Medici family, whose patronage is among the fundamental factors of the extraordinary blossoming of culture and the figurative arts. The progress of Humanism, the revaluation of the central figure of man, in thought and praxis, will determine a revolution on the creative, architectural, sculptural and pictorial sides.

The study of the visual proportions and harmonies, the geometric approach towards the classical beauty standard, in response to the prevailing gothic style, lead to a new dimension, forewarning a deep change both on the Italian and the European scenario.

Even if the spatial depth is already visible in Giotto (1267 – 1337) and Ambrogio Lorenzetti (1290 – 1348) due to their bright intuition, the genius who invented the perspective is Filippo Brunelleschi (1377 - 1446). Among the major artists of the time, in a Florence that had become a laboratory of multidisciplinary experiences, Brunelleschi's names for architecture emerge for the wonderful design of the "cupolone" of S. Maria del Fiore, the Cathedral's dome. The large cupola that dominates the Florentine skyline was built with herringbone bricks so that it is able to be a self-supporting and expansive structure with a surprisingly modern technique.

One of Brunelleschi’s early Renaissance works is in Piazza Santissima Annunziata: the Spedale degli Innocenti is the first orphanage in Europe, built in 1419. The harmonious arches above the slender columns, adorned with glazed terracotta tiles with cherubs modeled in the Della Robbia workshop, create an elegant portico. Now the building boasts a beautiful museum for families.

As regards sculpture, we must mention Donatello (1386 -1466) and its bronze David in the Bargello Museum, a truly original blend of Gothic and Renaissance stylistic choices. For the first time after the Roman Empire, we can see a statue "in the round" detached by any architectural element: it is a work of art in itself. Also the message of David is very strong, as it is symbol of the triumph of civic virtues and reason over brutality.

Going to the Brancacci Chapel you can admire the powerful figures of Masaccio's frescoes (1401-1428), created using perspective and a realism so rigid that he is often included in fundamental texts about early-Renaissance Florentine painting. The Expulsion from the Garden of Eden and the Tribute Money on the left wall are considered emblematic if compared with the Masolino's works nearby.

Renaissance artists: the places of Leonardo and Pontormo
Ghirlandaio

There are many chapels in Florence, unmissable for the beauty of the Renaissance frescoes they feature: visiting Santa Trinita Church, in the Sassetti Chapel, you can admire the Stories of Saint Francis and in Santa Maria Novella, in the Tornabuoni Chapel, the Scenes from the Virgin Mary and Saint John Baptist's lives, all made by Domenico Ghirlandaio (1448-1494).

One day tour of Florence
Botticelli

One of the symbols of the Renaissance period is the Primavera by Botticelli (1445-1510). Even if it seems more "late Gothic" in its style, the spirit of the painting is evidently "renascent": the exaltation of beauty as a driving force of love, viewed as the rebirth of nature and life. If you want to see it, go and visit the Uffizi.

In the sixteenth century, the patronage of the Popes moved the attention from Florence to Rome - due to politics and economic matters - but many artists kept on working in the cradle of Renaissance, like Vasari, Michelangelo, Raffaello, Leonardo da Vinci and Benvenuto Cellini, just to mention some.

In Tuscany, among the many achievements of the Renaissance, there is the planning of Pienza (known in ancient times as Corsignano) in the breathtaking Val d'Orcia (Siena). This town was built following Pio II Piccolomini's Humanistic plan, interpreted by Bernardo Rossellino (1409 - 1464), one of the many unknown artists and architects who contributed to the diffusion of Tuscan art all over Europe. In just four years, from 1459 to 1462, he developed the harmonious and typically 14th century aspect of what would become Pienza, the Ideal City “born from a thought of love and a dream of beauty” as the poet Giovanni Pascoli would write in the nineteenth century. 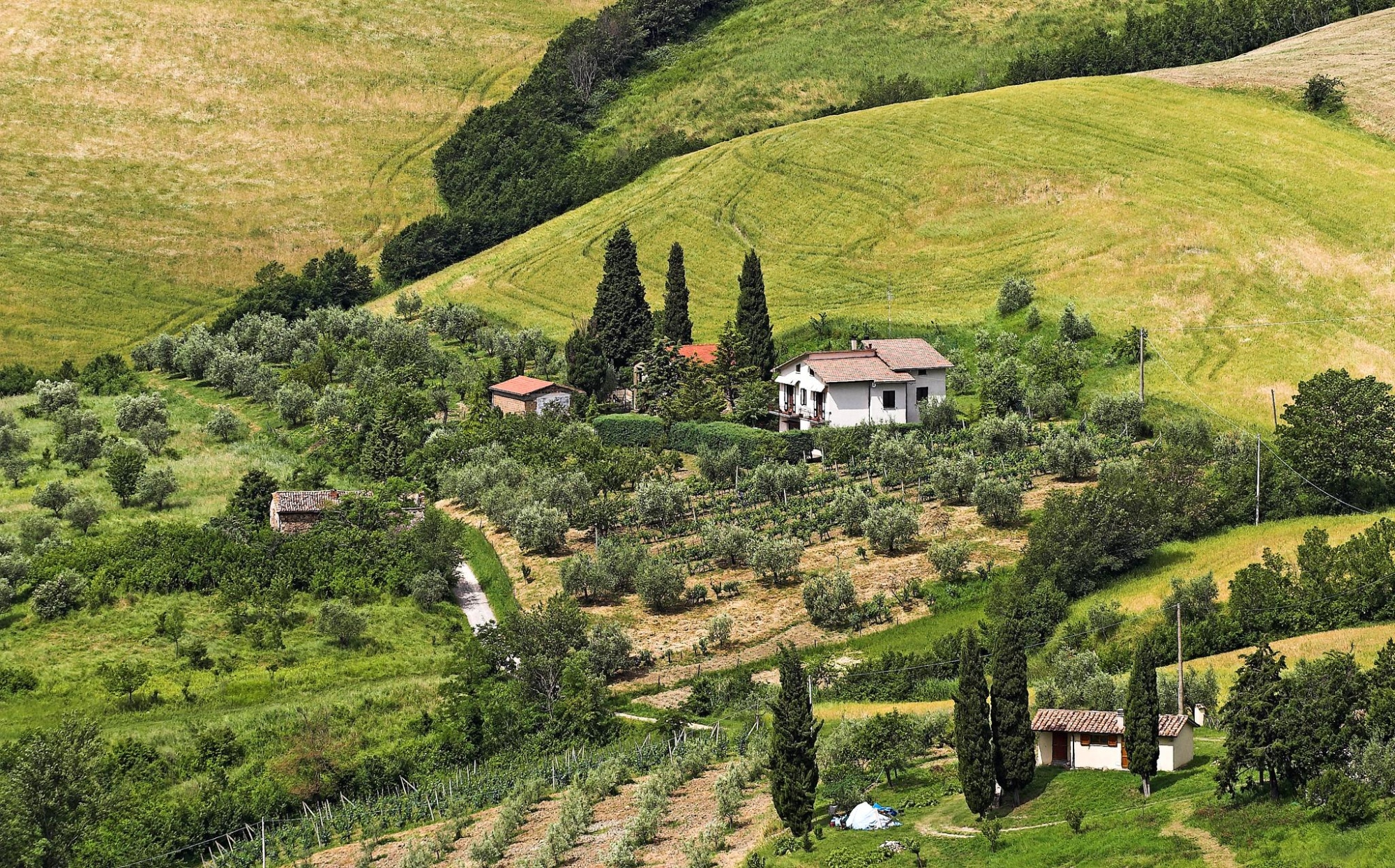