Visittuscany is now also available in French!
Italiano English Deutsch Español Français
Photo © Dia
Creativity and Genius: the places of Leonardo da Vinci
A journey to discover the great genius, through the lands of the Renaissance
share

A journey aimed at understanding Leonardo da Vinci cannot limit itself to visiting the places where he was born, where he worked and where his works are preserved. The tour Leonardiano must allow for an opportunity to go deeper into the landscapes and the historical and cultural climates that inspired him: the Tuscan lands of the Renaissance and 15th-century Florence where, as a young man, he moved to work in the studio of Verrocchio and learned the arts of painting, drawing and sculpture, while immersing himself in the literary and philosophical cultures of the time.

Monuments to his birthplace

Leonardo was born in Anchiano, close to Vinci, on the southern slopes of the green Monte Albano in an area covered by vineyards and olive groves. Here, you can visit the house where he was born, a 15th-century farm attached to the town of Vinci by the so-called Strada Verde (green road), an old footway about 3km long which is part of the Associazione Case della Memoria and its museum itinerary related to Leonardo.

Vinci's Leonardo Museum holds one of the largest, most original collections dedicated to Leonardo's numerous interests: technology, architecture, science and, more generally, the history of Renaissance technology, taking us through the key stages of Leonardo's formation. Palazzina Uzielli and the Castello dei Conti Guidi also house an extensive and original collection, dedicated to Leonardo the engineer, architect and scientist, and also to the history of Renaissance methodology. Machines and models have been faithfully reproduced according to the artist's sketches, accompanied by animated digital reconstructions and interactive facilities. Beyond the ticket office, Palazzina Uzielli has rooms assigned respectively to construction-site machines, with Leonardo's revised version of Brunelleschi's plans for the dome of Florence's cathedral, textile technology and clock mechanisms. The Castello dei Conti-Guidi provides space for various machines and for the results of Leonardo's flashes of inspiration, in diverse areas: from scientific instruments to military engines and construction machines, all to full scale, and intended for use in the air, water, and on land. The exhibition in the Castello finishes with the section 'Leonardo's optics between Alhazen and Kepler', devoted to his studies in optics.

You can also see the 15th-century font where Leonardo was baptised, near the Church of Santa Croce. In the heart of the town, the church originates from the 13th century and survives with its neo-Renaissance architectural features intact. The little baptistery still holds the 15th-century font in which it is said that on April 16, 1452 the parish priest Piero di Bartolomeo Cecchi gave the sacrament to the child from Vinci. An engraving records the event with words that his grandfather Antonio da Vinci put on a registry. In honour of the baptism of the great genius, the artist Cecco Bonanotte made a cycle of sculptures depicting the story of Salvation, which highlights the spirituality of the place.

It is worth visiting the Biblioteca Leonardiana, the centre of documentation on his works and a point of reference for anyone, from any part of the world, who is studying or simply interested in Leonardo. It contains facsimile reproductions of all his manuscripts and sketches, in addition to all editions of his works printed after 1600. Opened in 1928, the Biblioteca Leonardiana has ever since then been an essential reference point for students and researches, Italian and foreign.

Through the streets of Florence, where he lived and worked

Walking though the centre of Florence means strolling the streets that Leonardo walked, discovering traces of his work and reliving the atmosphere of the scenes of his youth. In the Palatine Gallery at Palazzo Pitti and the Museo del Bigallo, there are works from Leonardo's studio and school on display; in the Uffizi's Gabinetto Disegni e Stampe we find sketches and drafts, while the Treasury of the Grand Dukes and the Museo Stibbert keep artworks attributed, through written evidence or recognisable imagery, to Leonardo.

Even though it does not contain physical works of art, the Hall of the 500 in the Palazzo della Signoria still says something about their legendary history. The mystery of the grandiose wall painting of the Battle of Anghiari, which was supposed to face opposite the Battle of Cascina, commissioned from Michelangelo, speaks of a rivalry between geniuses through paintings that have not survived to today, but which inspire investigations in search of designs by Leonardo behind the walls of the room.

Finally, the paintings of the Last Supper by Andrea del Castagno, Perugino and Domenico Ghirlandaio are indispensable for understanding the iconographies and styles that informed Leonardo's Last Supper, painted in Milan, the only mural of his that one can explore in digital high-definition at its true home, in order to get a better grasp of the iconographic, historic and artistic background, not to mention the restoration process.

Visiting Room 15 in the Uffizi Gallery allows you to admire some of Leonardo's early works, which predate his move in 1482 to the Court of Duke Ludovico Sforza in Milan. These include The Baptism of Christ (c.1470-1475), largely completed by his tutor Verrocchio but which certainly bears the mark of Leonardo in the head of the angel on the left and in the sfumato landscape; The Annunciation (c.1472), a gorgeous painting in which the scientific attention to the representation of nature and natural phenomena is embodied in the fantastical backdrop and in the detail of the angel's wings, imagined as though they were those of a bird; and The Adoration of the Magi (1481), which, though incomplete, conveys great emotive intensity through the expression of feelings and the power of volume. This volume has re-emerged thanks to the restoration conducted by the Opificio delle Pietre Dure, which, through delicate cleaning, has shed light on the techniques and idiosyncrasies of Leonardo's mental processes and his artistic inspiration. 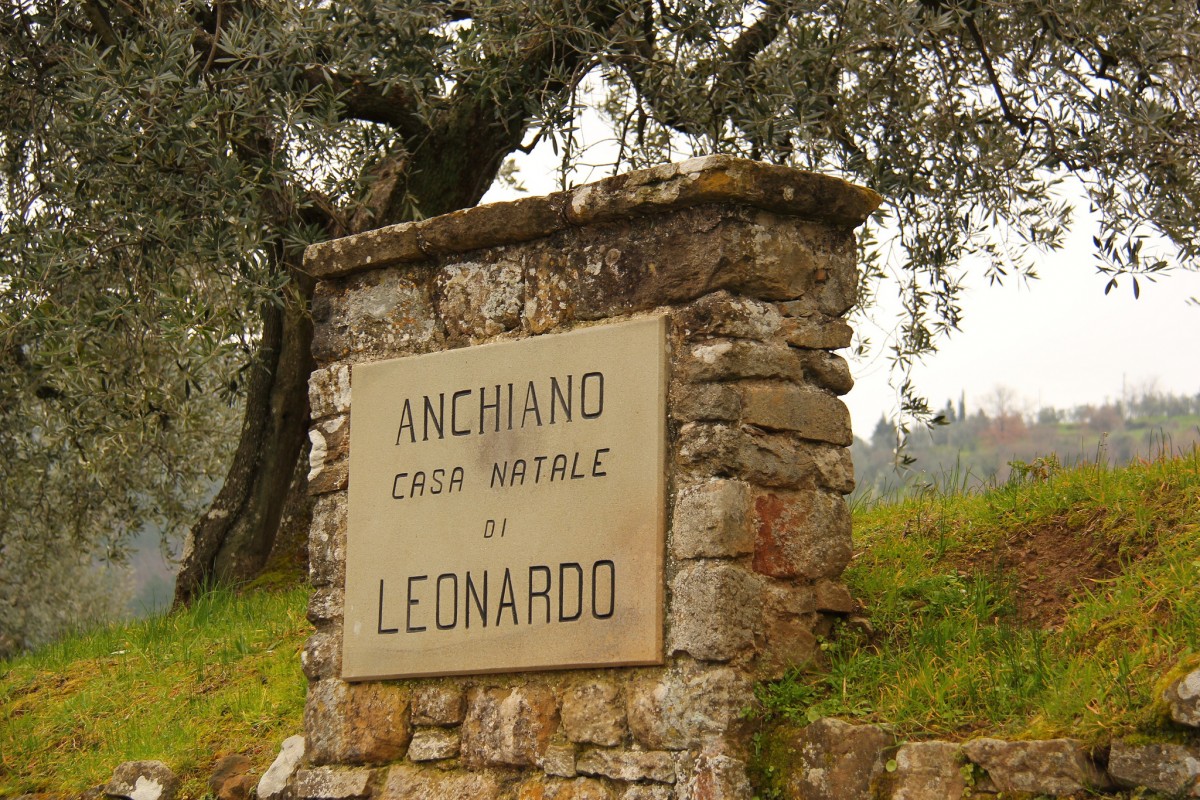 Renaissance artists: the places of Leonardo and Pontormo Six treasures of the Palatine Gallery
Anghiari, a fairytale Medieval town
Adoration of the Magi by Leonardo da Vinci
10 towns in the Florence area 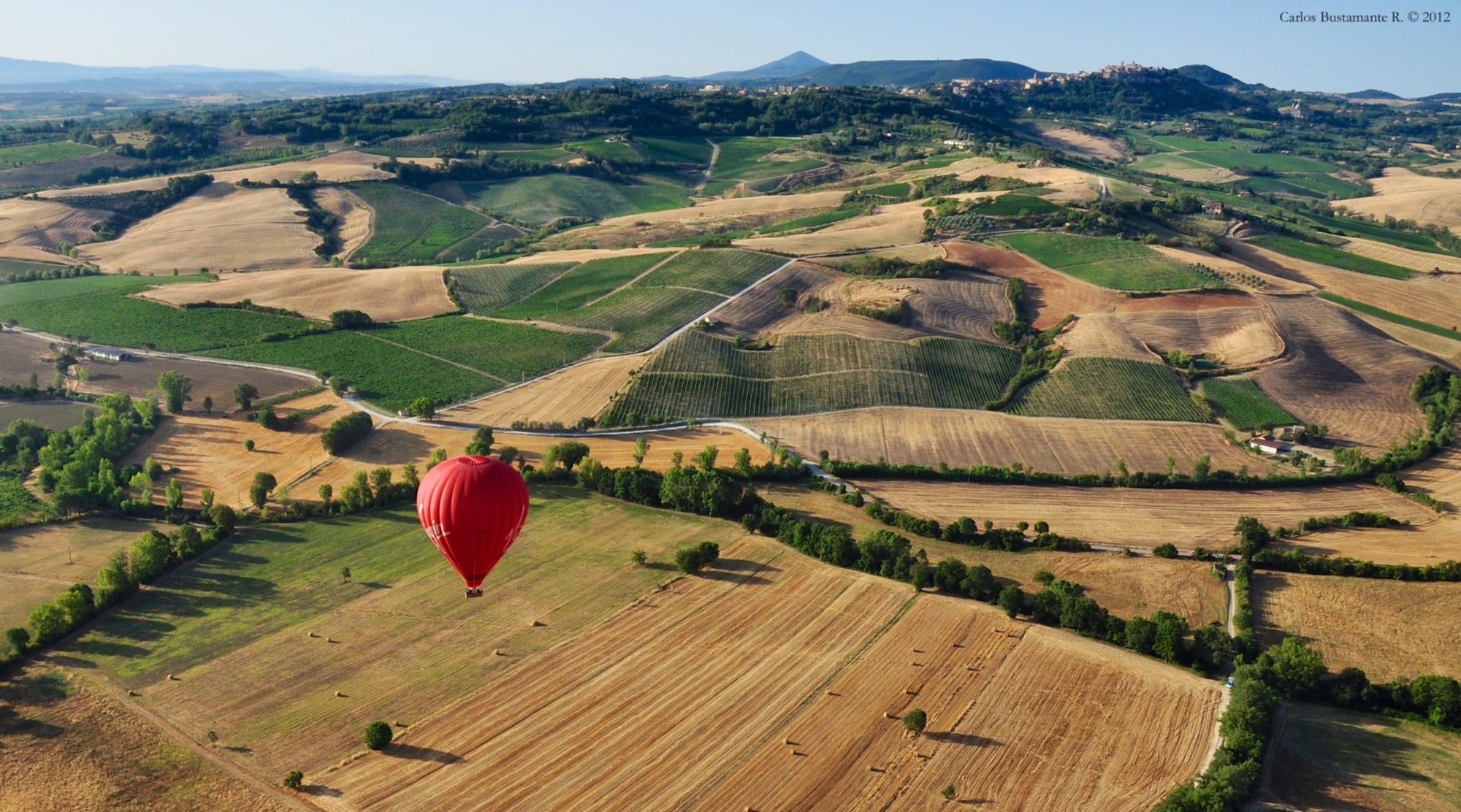