On the trail of Napoleon on the Island of Elba: villas and museums of the emperor

Discovering the places where Bonaparte lived

One of the greatest generals of all times, Napoleon Bonaparte, after the defeat in Leipzig, is relegated to reign over the island of Elba. Between 1814 and 1815, all his efforts focus on the new small kingdom, which he administers with energy: he studies local resources, reorganizes agriculture, transportation and trade, even designs the flag of Elba: white with gold bees on a red band.
Here is an itinerary to follow the traces left by the emperor in exile on the Tuscan island.

It is not difficult to retrace all the Napoleonic sites: the main one is the Palazzina or Villa dei Mulini in Portoferraio, between fort Falcone and fort Stella, in a privileged position to control both the sea and the town.

The sober residence is the union of two grand ducal houses where the Reception Hall, raising the ceiling, the Officers' Hall, the personal study, the bedroom and the Valets' Room were built, while the rooms are decorated and furnished, of course, in the Empire Style.

For the warmer season, Napoleon chose a house in the green, Villa San Martino, not far from Portoferraio, and had it refurbished by some decorators, notably Pietro Ravelli, who frescoed some symbolic rooms. These are the Egyptian Hall, which is a reference to a military campaign of the general, with a Zodiac on the ceiling, a sign of the power of chance.
The Room of the Doves, with the two painted animals in flight holding with their beaks a knotted ribbon, tighter each time they move away: a sign of loyalty for his wife Marie-Louise of Austria.

The Villa further on is flanked by a Doric-style gallery, built by a cousin of the Emperor, Prince Demidoff, to collect Napoleonic memorabilia. It also preserves a statue of Galatea, attributed to Canova, which depicts the Napoleon's uninhibited sister, Pauline.

Another napoleonic Museum is located in the Church of Mercy in Portoferraio, which also holds casts of the Emperor's hand and face. Following in Napoleon's footsteps, one can also discover his other passions, such as books and theater.

Other Napoleonic sites on the island that must be seen include the hermitage in the woods near the Sanctuary of the Madonna of the Mountain and, in the vicinity, a curious rock called Napoleon’s Chair, from where the Emperor supposedly admired his Corsica. 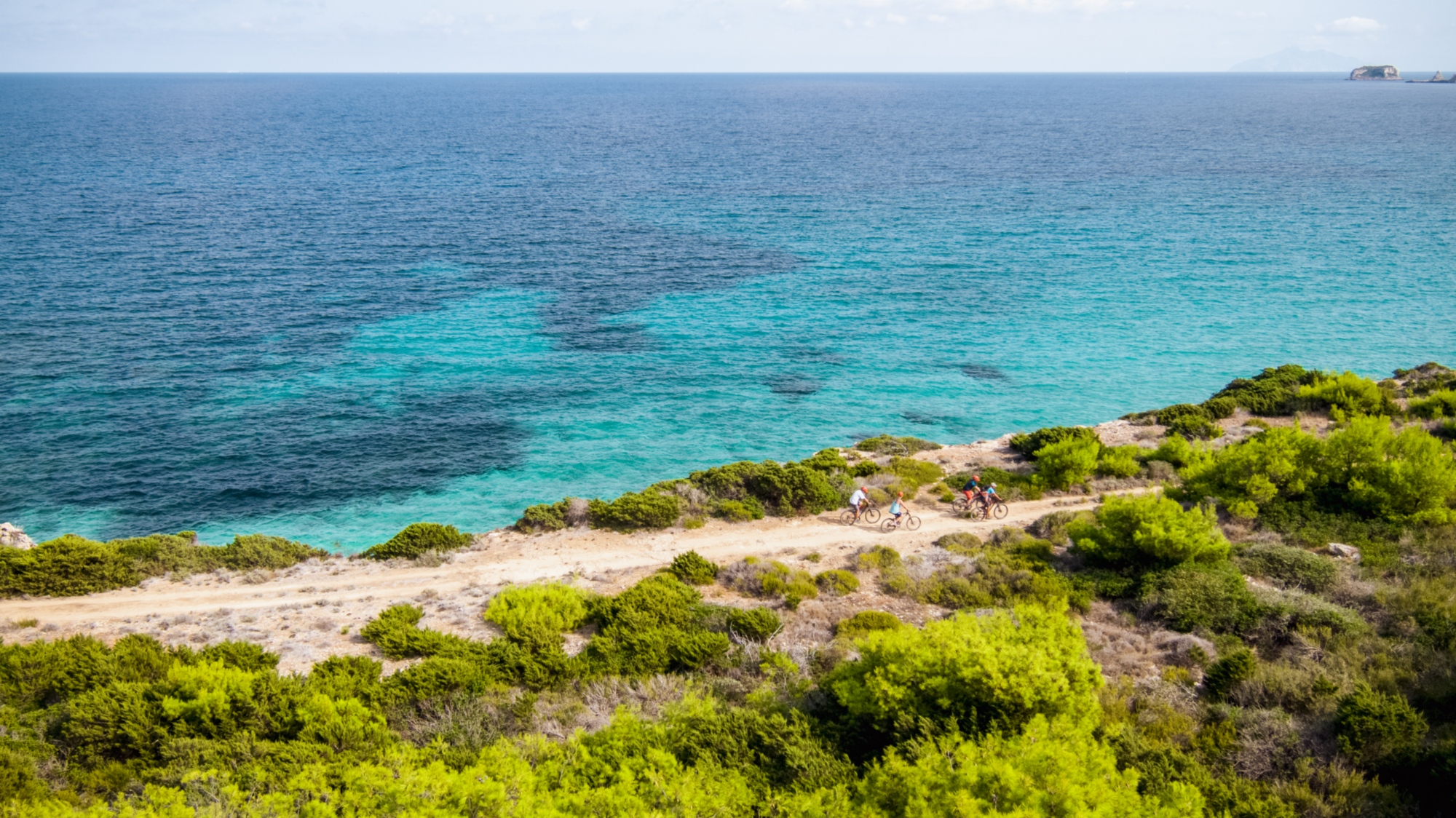 Pianosa: what to see and do
6 Tuscan parks ideal for trekking