How much do you really know about this lifelike legend?

Like any good traveler, you’ve probably already jotted down your friends’ restaurant recommendations and carefully considered your list of must-see monuments. We’re willing to wager that any of you who fit that description have included Michelangelo’s David on your list, a masterpiece of Renaissance sculpture and one of the most celebrated artworks of all time. But how much do you really know about this lifelike legend?

It’s far too easy for David to become a box to tick off on your travel checklist – queue up for your entrance time to the Accademia Gallery and gaze at the great statue for half an hour. To avoid that pitfall, dig a little deeper: these essential stops for understanding David will enhance your experience when you’ve done a little background reading.

Our choices are all based on information from A. Victor Coonin’s book "From Marble to Flesh, the Biography of Michelangelo’s David". Coonin sheds light on the statue like never before by treating David as a living being with his own story to tell. Sample some of the story in the following four places.

Die-hard David fans have one crucial day trip to make outside of Florence: a visit to the area in and around Carrara. The marble that eventually became David was quarried from mountains in the Apuan Alps just above the town, making the area a mecca for Michelangelo devotees. Today, this site is still home to some of the finest marble mines in the world. But even the savviest art appreciators don’t always realize that Michelangelo wasn’t around when the marble was quarried—not because he hated hovering, but because he hadn’t even been born yet. David’s biography, then, begins way before anyone even knew of this Buonarroti boy. Make your way up the slopes of the Apuan Alps to feast your eyes on the Fantiscritti quarry, the “birthplace” of the David block. Visiting will help you understand one of the most fabled and fundamental aspects of David’s story – the material, and its difficult transport to Florence in the age before heavy machinery.

Florence’s most instantly recognizable square contains two of the structures most pertinent to David’s path: the workshop of the Opera del Duomo, where Michelangelo labored tirelessly, and the Basilica di Santa Maria del Fiore. The cathedral was another element of David’s story that entered long before Michelangelo was ever part of the picture. Even in the earliest days of the church’s construction, a statue of the figure of David was envisioned as part of the cathedral complex. Originally, Michelangelo’s and 11 related sculptures were intended to stand on the cathedral’s individual tribune spurs (a particular type of protrusion on the buttresses, ideal for mounting statues).

When you’re winding your way through the heart of the historic center, it’s tough not to stumble on piazza del Duomo, no matter the angle you’re coming from. Sure, you should take in the striking beauty of Brunelleschi’s dome and the mind-boggling detail of the church’s facade, but step back from the tourist hordes and contemplate something that won’t be on most of their minds: how the David might have looked perched in the air with a squad of similarly triumphant sculptures.

A central square buzzing with activity at all times of year, piazza della Signoria is and has always been the nucleus of Florence’s civic and political life. It’s understandable, then, that so many people mistakenly think that the David was originally intended to stand just outside the Palazzo Vecchio, Florence’s town hall, where a prominently displayed copy welcomes visitors today. David did, of course, have a lengthy stay in the square (three and a half centuries in one of Florence’s most iconic spaces certainly counts for something)! But even Michelangelo’s artistic prowess couldn’t protect a delicate marble sculpture from the elements, and this was the (publicly stated) reason for David’s uprooting to the Accademia.

It goes without saying that anyone tracing Michelangelo’s footsteps has to stop in and see the actual David himself. Prepare to be caught a little off guard: there is nothing quite like that first meeting. Rounding the corner in the gallery and seeing the statue for the first time, spectacularly framed by the Tribune, can inspire awe in everyone from casual tourists to learned scholars. If you fall somewhere in between, you may be surprised at your own reaction. Take time to carefully circle around the sculpture, noting the incredibly lifelike details, down to his bulging veins and furrowed brows, and to think about proportions and the choices the artist has made.

You now have a few starting points for your journey through some of Michelangelo’s—and David’s—most significant spots in Florence and Tuscany.

A guest-post by The Florentine 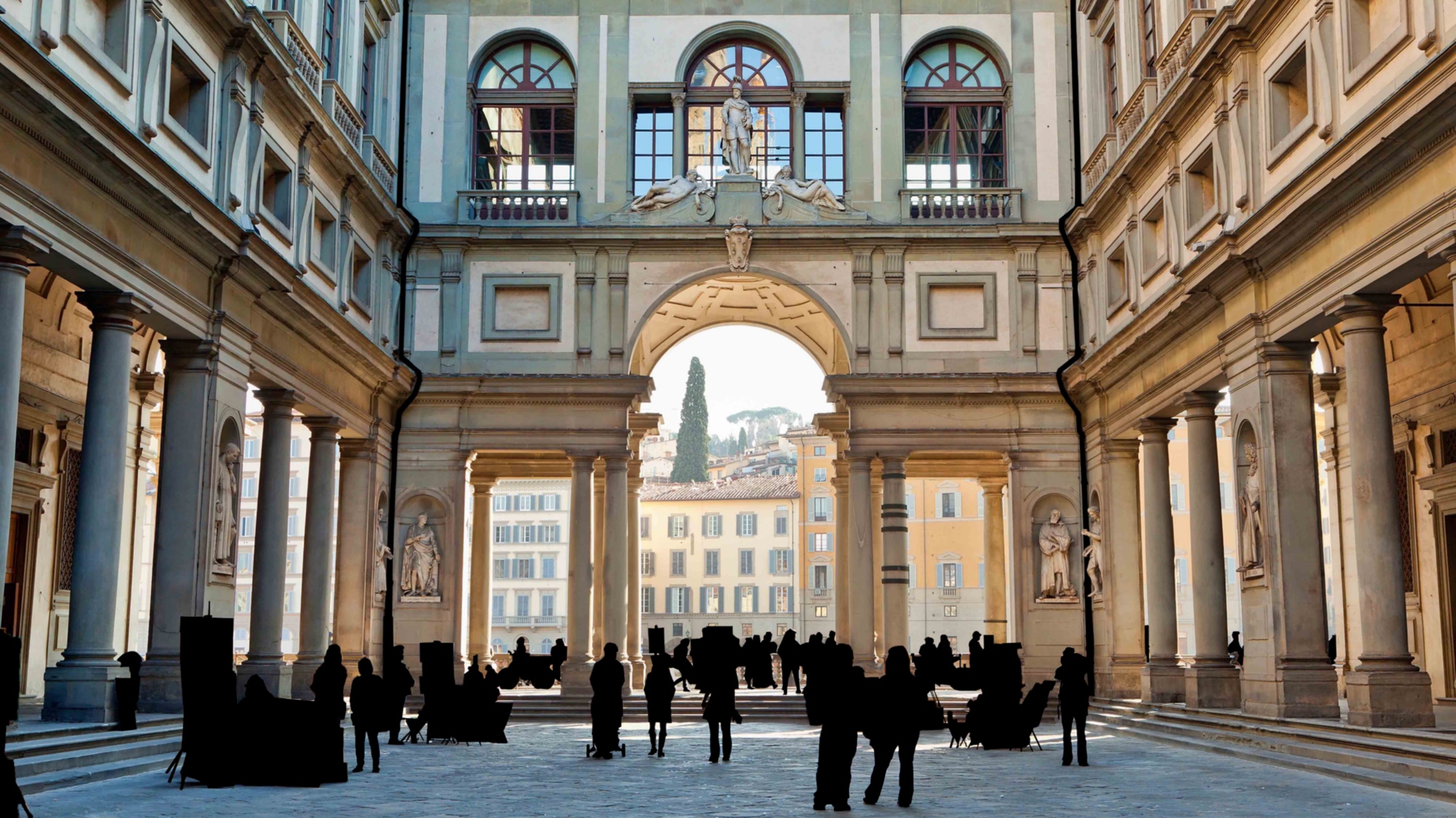 LGBTQ + art at the Uffizi: masterpieces and myths in the rooms of the Gallery 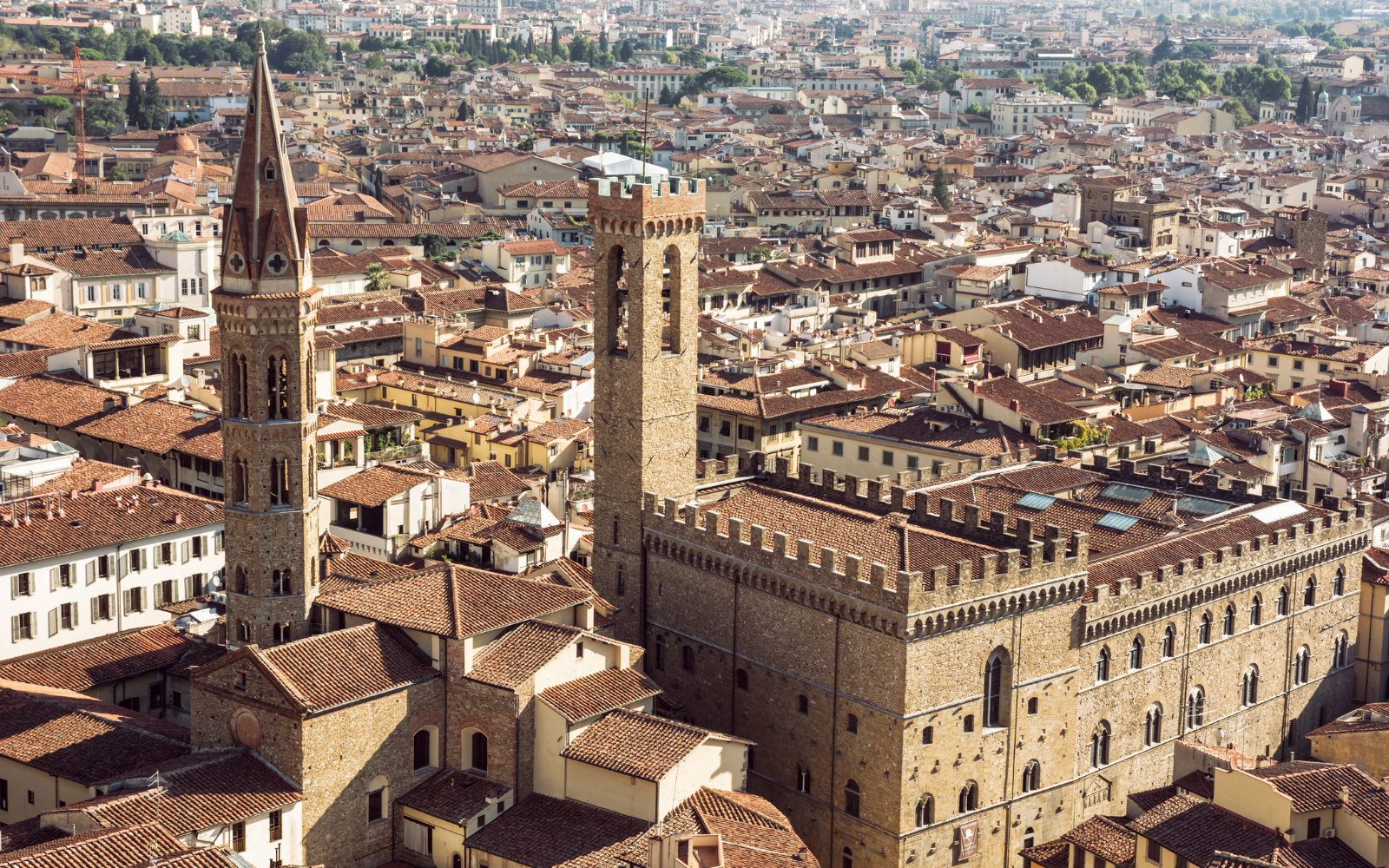 LGBTQ+ art at the Bargello Museum 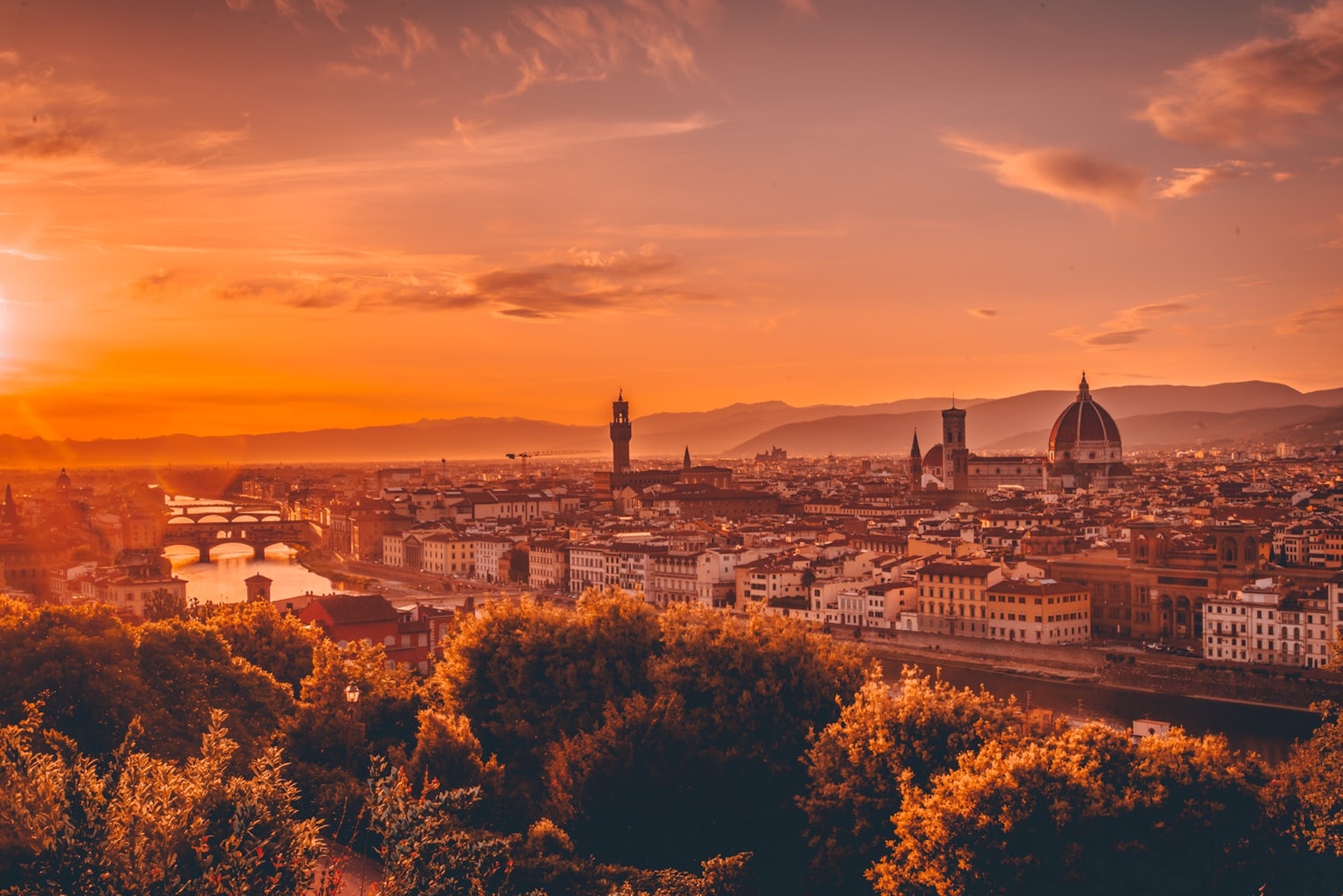 Searching for sunsets in Florence