Guided visit to the Locatelli salt mine Learn more >

The secrets of this network of roads offering access to northern Tuscany, told by Don Lorenzo Piagneri

The Lunigiana has always been a strategic territory because since Antiquity it has connected the Po Valley with Luni, the Roman gateway to the upper Tyrrhenian Sea. The route was key in ancient times because to arrive in northern Italy, you either had to pass through Ravenna or through here, so this stretch of road was immensely important until the fall of the Roman Empire, after which the area became less and less trafficked until it picked up again when the Lombards arrived centuries later. The Romans loved to move along the coast: they wanted to see what was around them and not fall prey to ambushes; for example, from the Sella del Valoria – the ancient Passo della Cisa – they travelled without going down into the canals and valleys, aiming to keep the control of their situation. After the fall of the Empire, however, use of the ancient communication routes came to an end and the Roman roads were established, including the famous Francigena, that is, the Tyrrhenian road connecting northern countries to Rome.

At least three Roman roads converge in the Lunigiana: the one arriving from Turin, today known as via degli Abati, the via Francigena (also known as via di Monte Bardone, the road that passed through the Cisa, Bardone coming from the Lombardic language) and via di Parma, once called via Lombarda della Scala. The most frequented stretch running from the Passo della Cisa to Pontremoli – because the walk amongst the valleys and mountains is suitable for everyone – is the one that passes through Gravagna, turning toward Montelungo, before arriving in Cavezzana d’Antena (once famous for the presence of therapeutic waters). From here, you continue down towards Previdé, where there was a “caminata”, that is, a tower-chimney, from where there surrounding territory could be observed (the etymology of Previdé actually means “see first”: from here, the arrival of enemies could be communicated with smoke signals, quickly alerting the whole valley. After Previdé, continue towards Groppodalosio (lodging group, ridge, or place of grottos: indeed, there are a few). It’s not a long stretch, ancient peoples didn’t tend to walk much, so from Groppodalosio, head down to Ponte della Valle Oscura – a beautiful Romanesque bridge: just think, over the centuries the river has dragged everything else away, but the bridge still stands – and you’ll arrive shortly in Casalina, where the route joins up with the Lombardic road in the Passo di Girone. These two roads were guarded to the right of the River Magra from the watch point in Previdé and to the left from Casalina, where today there is the main church and where the Oratory of San Matteo was established, as this was the safest area. There also used to be a mill here because those living in the communities needed everything, and with a mill they could grind chestnuts, providing food to the people of these mountains for centuries.

From Casalina, you’ll arrive at Passo della Crocetta, within sight of Pontremoli, and here too, you must cross several ancient and very beautiful bridges. You’ll arrive shortly in Arzengio, where the castle lies. From the Crocetta, travellers would historically head directly to Filattiera, before Pontremoli existed of course, but ever since Pontremoli was founded, the city has become a place to rest on this stretch of the via Francigena. 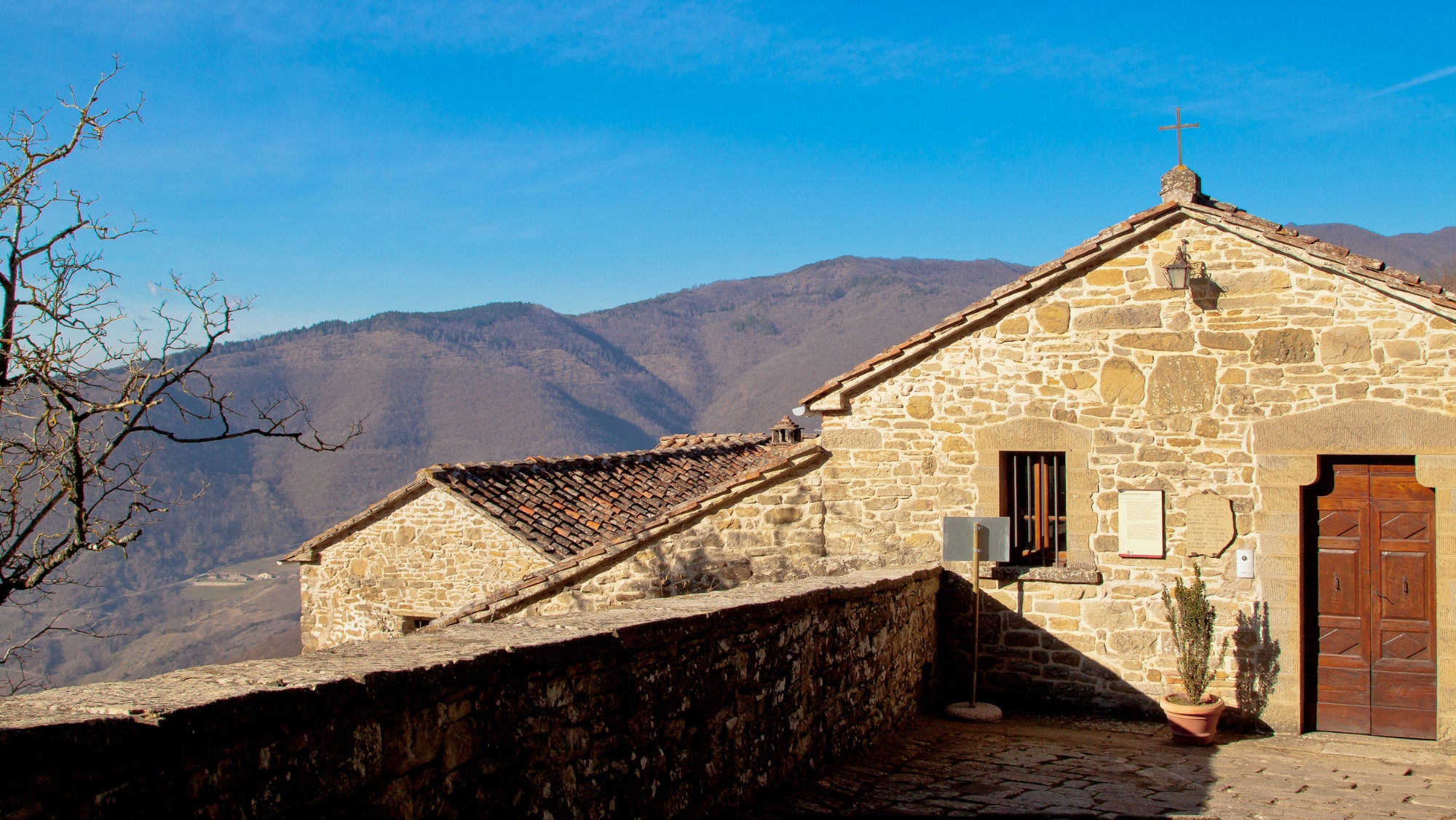 The pilgrim paths of Tuscany beyond the Via Francigena 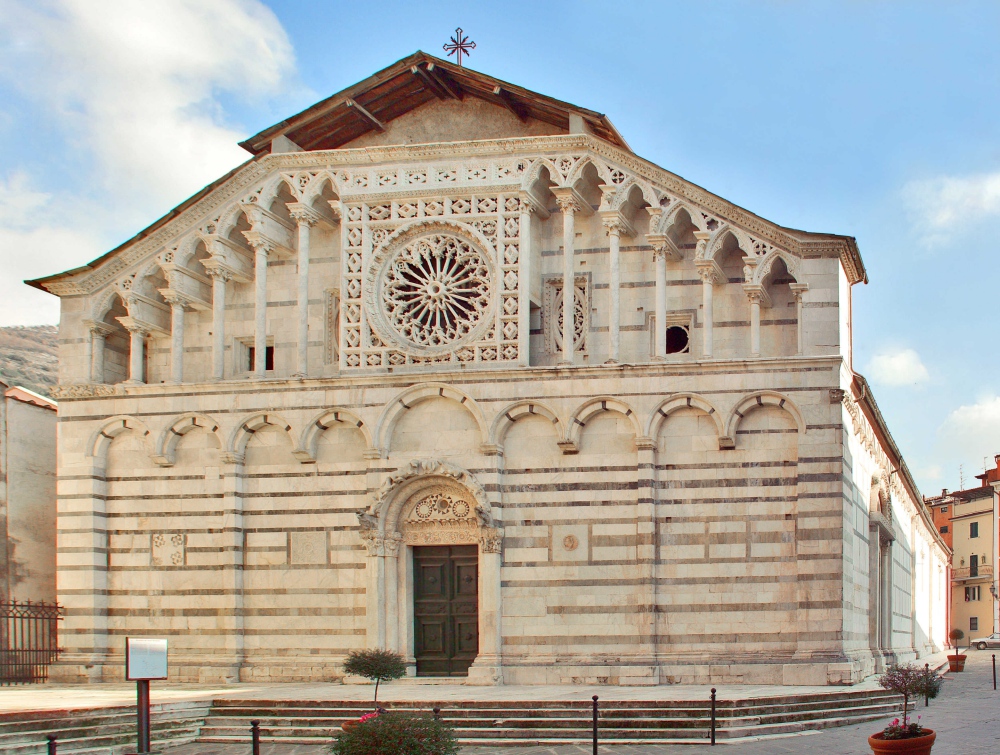 Carrara: the capital of white marble 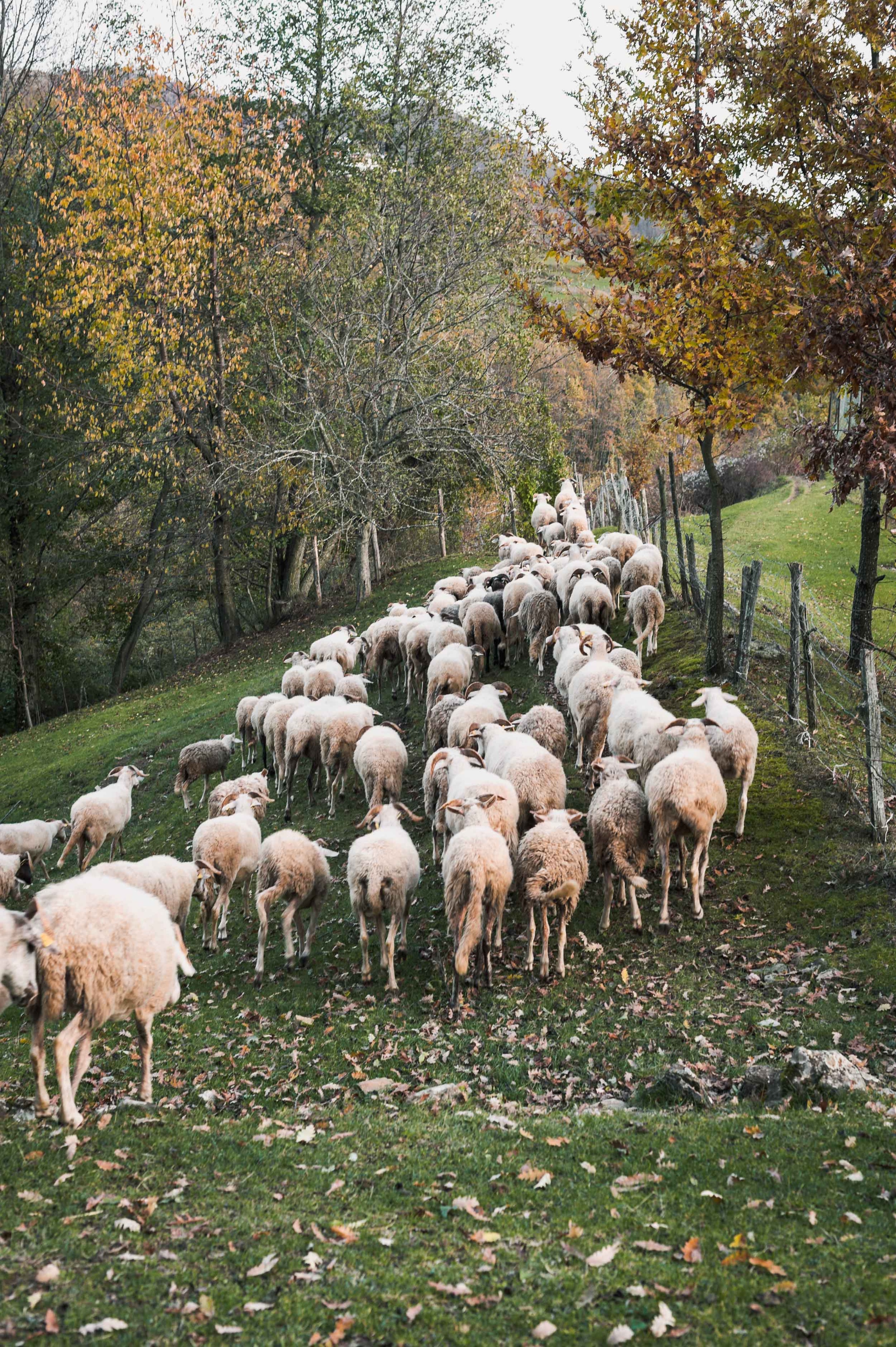 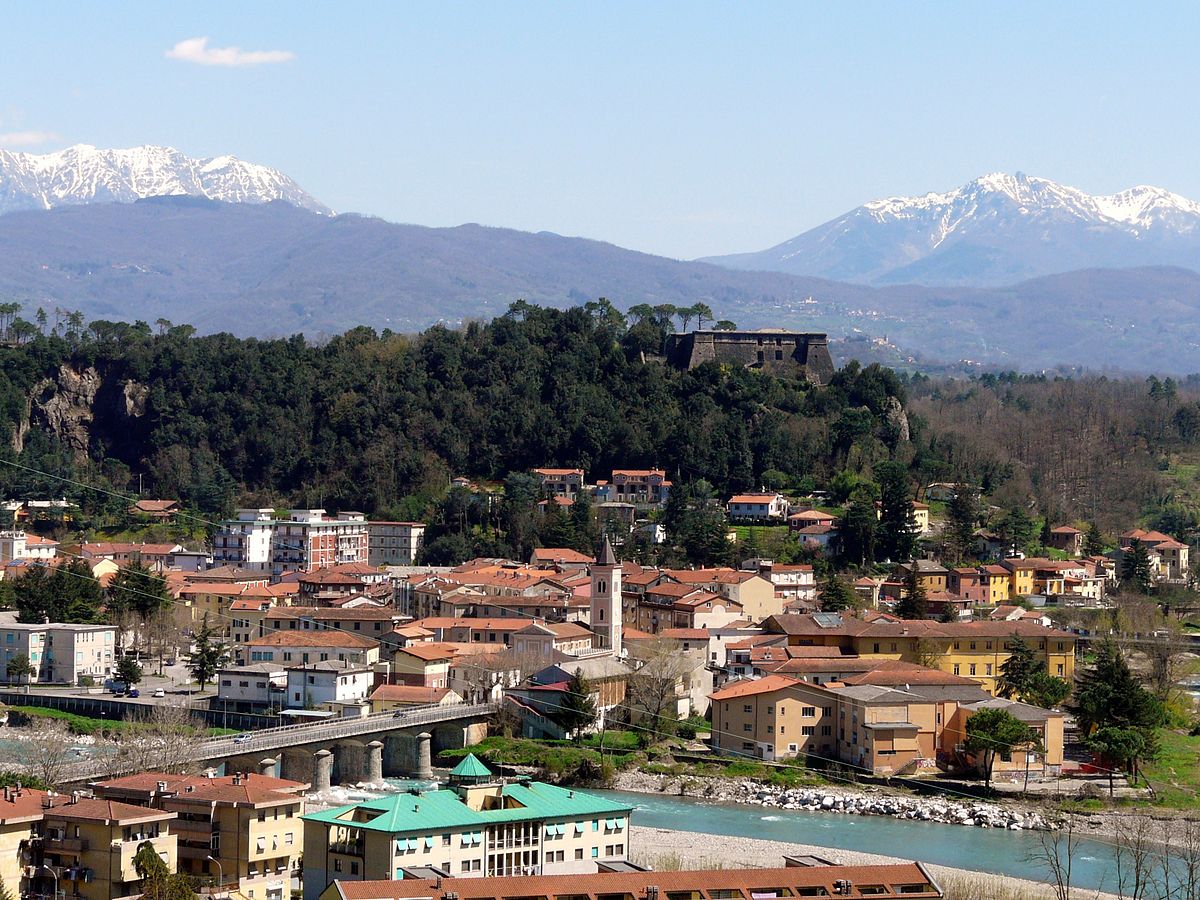 The nativity scene recovered by Pallerone 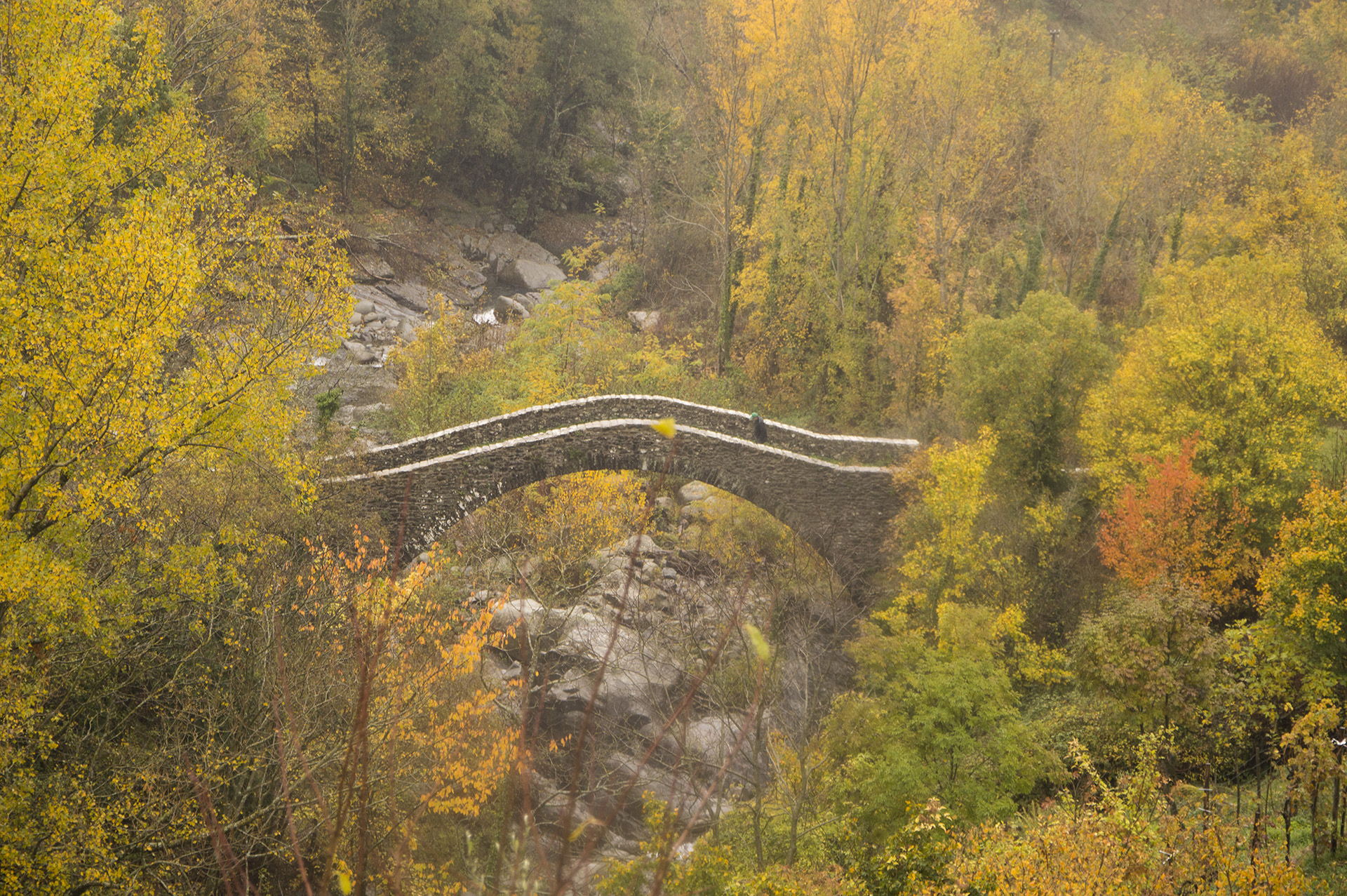