The Arezzo area is where some of the largest numbers of Etruscan artefacts have been discovered. This itinerary is a jump back in time to learn about the customs of this civilization that is still such a mystery to us today. Two valleys in the Arezzo area conserve a sizable number of traces, the Valdichiana and theCasentino, both chosen by the Etruscans because of their geographical position, the former stretching to Chiusi in the south and the latter extending to the north, beyond the Apennines.

We begin our journey in Arezzo, one of the main Etruscan cities and very likely the site of one of the 12 lucumos, or rulers. Exceptional works of art date to this era, including the Chimera, currently conserved in the Archaeological Museum of Florence, and the large necropolis Poggio del Sole, built in the 6th century BCE and used until the Roman era. The "Gaio Cilnio Mecenate" National Archeological Museum, located inside the former monastery of San Bernardo, conserves archeological traces attesting to the importance of Arezzo and the surrounding territory during the Etrucan era.

After visiting Arezzo, let’s move to Cortona, an important Etruscan stronghold in the 8th and 7th centuries BCE. It was Etruscans who, in the 4th century BCE, built the imposing walls that surround the city for 3 km, the noble tombs dotting the surrounding territory and the monumental funerary altar decorated with sphinxes, the only one of its kind in Italy. Cortona is also home to the Tabula Cortonensis, a bronze tablet with one of the longest inscriptions written in the Etruscan language. Since 1728, Palazzo Pretorio has housed the Etruscan Academy, home to the MAEC (The Etruscan Academy Museum), which displays a rich collection of ancient artefacts.

Get directionskeyboard_backspace
map Show on map
third leg
Chianciano and its hot springs, beloved by the Etruscans

Heading further south, we come to Chianciano Terme, whose waters and their beneficial properties have been utilized since the Etruscan and Roman eras, when both civilizations settled I the area and built important town centres. The Etruscan Museum in the city conserves important artefacts from the area related to burial traditions: canopic jars, ceramics, grave goods and the ruins of a terracotta pediment from the Temple of Fucoli depicting mythological scenes. The museum has two particularly important sections, one dedicated to the “Etruscan woman” and the other to the “Etruscan banquet”.

Not far from Chianciano, we find another city with ancient origins. Traces of the area’s Etruscan past can be found around Sarteano, dating to the 9th to 1st centuries BCE. The most important necropolises from this period are Palazzina, located along one of the vie Cupe, the name for the routes leading to Chiusi, and Pianacce. The latter has conserved a series of extraordinary discoveries and is located in a stunning corner of nature, boasting a splendid view of the Valdichiana. Here, you can visit the exceptional Quadriga Infernale tomb, vaunting unique paintings and bright colours dating to the second half of the 4th century BCE that depict a red-haired demon leading a chariot pulled by two lions and two griffins, probably Charun – the Etruscan Charon – in his only depiction as Auriga guiding souls to Hades. Alongside the Quadriga Infernale tomb, you can find numerous hypogea dated to between the end of the 6th century to the 1st century BCE; these comprise a necropolis occupied by noble families of a certain rank. The demi-circular podium-altartied to three of these hypogea and dedicated to funerary rituals is of great interest. This extraordinary site, which is open to the public, is only one of the several tombs in the area. Traces of this intense and dynamic past, including Orientalized canopic jars, bucchero, Etruscan and Attic ceramics, extraordinary funerary statues made from pietra fetida and Roman artefacts, can be found on display at the Archeological Museum in Sarteano.

According to historic Latin sources, Chiusi, just a few kilometres from Sarteano and Chianciano, is one of the oldest Etruscan cities. The wealth of Chiusi (Clevsin in Etruscan) was primarily tied to the fertility of the soil and its strategic position along an important commercial route. Inside the city’s Museum of Archeology, you can find mostly Etruscan artefacts in a chronological and thematic display that allows visitors to reconstruct their ancient contexts. Amongst the artefacts on show, some were made locally (canopic jars, bucchero and funerary sculptures made in pietra fetida or terracotta) and ceramics coming from Attica (together with Etruscan copies). The museum is also home to Roman artefacts and Lombard objects.

The museum organizes visits to the Etruscan tombs near Lake Chiusi: Leone, with engraved coffer ceilings and part of the original pictorial decorations; Pellegrina, which belonged to the Sentinates family (open every day); and the famous Scimmia, uncovered in 1846 by A. François. A visit to the Labyrinth of Porsenna is also highly recommended, a fascinating underground route that winds through an Etruscan aqueduct. 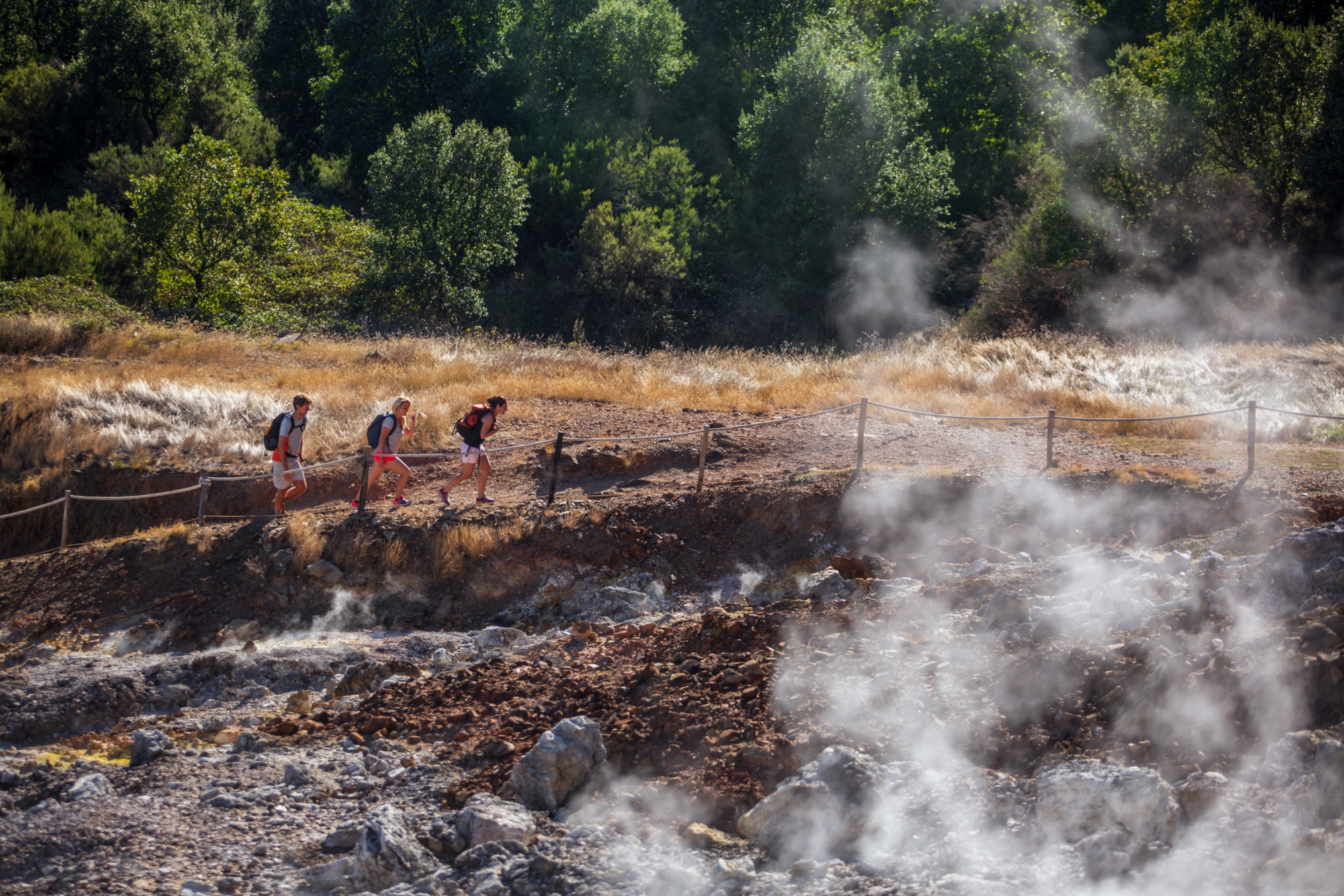