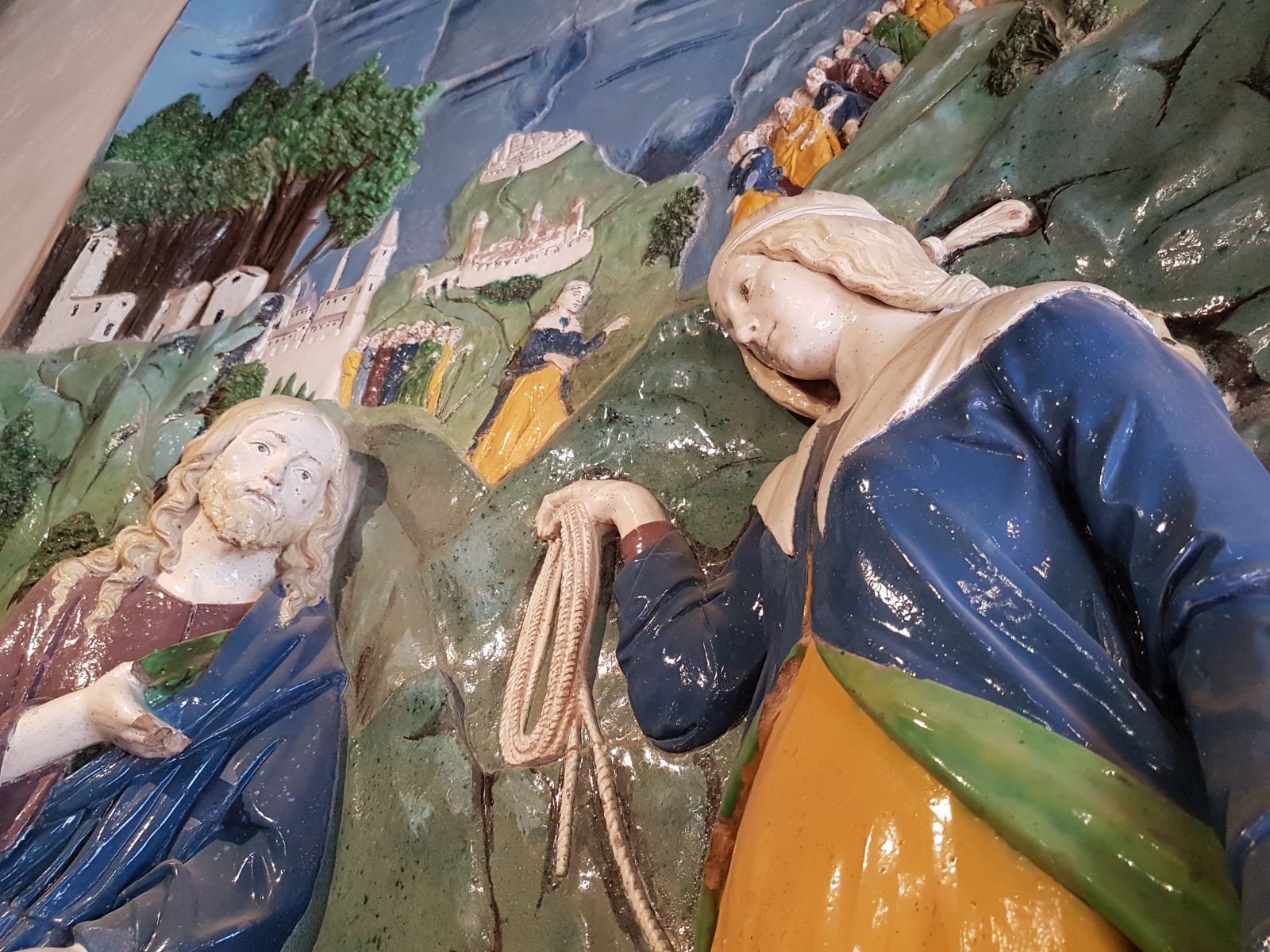 Pieve Santo Stefano A town erased in search of its memory The rebirth of a town destroyed by German mines in 1944, which rises like the phoenix from the rubble of warRead the story

On the eastern border of the province of Arezzo and the entire Tuscan region, bringing to life the first Tiber River-outlined bay, sits Pieve Santo Stefano, the “Diary City”. Founded many, many centuries ago—there are traces of civilization here dating all the way back to the Neolithic age—this tiny plot of land has had a nonstop succession of inhabitants. Vestiges of the Roman age are all around: remains of bridges that crossed the Tiber, including some particularly notable ruins in Sigliano, where one with five arcades was designed to support traffic along the Ariminensis, the street connecting Arezzo to Rimini and crossing the Appenines to Passo di Viamaggio (Via Maior). In ancient times, the Pieve Santo Stefano area was known as Suppetia, as evidenced by an inscription discovered in the Madonna del Colledestro temple, which reports the commission of Publio Sulpicio and his wife Cellina, who were behind the construction of a temple in this area dedicated to Tiberinus, god of the Tiber, and the nymphs.

In medieval times, the Pieve Santo Stefano territory existed under various dominations: first by the Florentines, then by Arezzo nobles the Tarlati, later going on to become the headquarters of a Vicariate in 1545. In 1216, locals offered the Cerbaiolo monastery to Saint Francis of Assisi, and it therefore became property of the Frati Minori (Order of Friars Minor). (Paraphrasing an old Pieve Santo Stefano proverb, “Seeing Verna without seeing Cerbaiolo is like having seen a mother without seeing her son.”)
It was under Lorenzo the Magnificent that the small city enjoyed its golden age: he loved Pieve Santo Stefano so much that he brought prestigious works to the town by artists such as the Della Robbia (including a beautiful terracotta picture window by Girolamo della Robbia, Jesus and the Samaritan at the well, which you can see inside the Palazzo Comunale), Piero della Francesca and Ghirlandaio. Unfortunately, however, a substantial portion of this inestimable cultural patrimony was submerged in the flood of 1855.

The more recent history of Pieve Santo Stefano is defined largely by two tragic events. The first was the aforementioned flood, in which many of the city’s archival documents and artistic treasures were destroyed. The second was the devastation brought about by the retreating German troops, who mined and destroyed the historic center: the only notable buildings to survive those days were the Palazzo del Comune and the churches. Quickly rebuilt, over the next few decades Pieve Santo Stefano gained a new notoriety for being the “Diary City”. This was perhaps a direct outgrowth of its experience with challenging events over the course of two centuries, and an impulse to strengthen that civic resilience: in 1984, the journalist and writer Saverio Tutino came up with the idea for the Archivio Diaristico Nazionale, which collects thousands of diaries, memorial documents and epistolary texts.

Besides the Archivio and the Museo del Diario (which is connected to the Premio Pieve, an autobiography competition that takes place every year around mid-September), also worth visiting in the Pieve Santo Stefano area is the centuries-old Cerbaiolo Hermitage (a Benedictine monastery from the 13th century and an admirable example of settlement within a challenging area) and the intriguing octagonal Temple of Santa Maria del Colledestro. Every year in September – perhaps the best month to visit the town – the Palio dei Lumi takes place, which closes with the Calcio in costume battle, a competition among the four historic town districts quite similar to Florence’s Calcio storico fiorentino tradition. &
Area
Homeland of Renaissance masters, from Michelangelo to Piero della Francesca
The Tuscan Valtiberina is the easternmost stretch of the region and takes its name from the river that crosses through it, all the way down to the border of Umbria, the Tiber. ...
Morekeyboard_backspace
Other towns and cities in Tuscan Valtiberina
Anghiarikeyboard_backspace place 13 Attractions explore 4 Itineraries local_offer 2 Deals
Sestinokeyboard_backspace place 3 Attractions
Caprese Michelangelokeyboard_backspace place 3 Attractions explore 2 Itineraries
10 fun things to do in the winter
Winter
collections Modigliani and the Adventure of Montparnasse. Masterpieces from the Netter and Alexandre collections From 07 Nov 2019 to 16 Feb 2020
thumb_up Disfida dei Falò On January 17 and 31
collections Hinthial: The Shadow of San Gimignano From 01 Dec 2019 to 31 May 2020
FACEBOOK TWITTER INSTAGRAM PINTEREST YOUTUBE FLICKR
Coast
Mountain
Countryside
Towns and Cities