Getting around
wb_sunnyWeather
dialpadUseful numbers
get_appDownload Area
mail_outlineContact us
Sign up to our newsletter
A treasure trove of secrets, events, curiosities and news, straight to your inbox
Follow us!
Tuscany official tourism website ©2022
Italiano English Deutsch Español Français
Photo © Wikicommons

Torrita di Siena is an ancient village situated on the western slopes of the Val di Chiana, about 80 kilometres southeast of Florence and 40 km southeast of Siena. Along the centuries, Torrita was known as the “granary of Siena” because of its important agricultural activity.

What to see in Torrita di Siena?

The Town Hall (former Praetorian Palace) dates back to the thirteenth century, with many changes and renovations. Located in Piazza Giacomo Matteotti, it is the symbol of local power. Since 1266 it houses the administrative offices of the local government. The ancient cistern in Piazza Matteotti provided water along the perimeter of the town and is located at the crossing point of the four roads leading to the gates of the city. The cistern is in the centre of the square and is surrounded by the oldest and most important buildings of Torrita, including the thirteenth-century Town Hall.

Porta Nova is the most recent of the doors in the historic centre of Torrita di Siena. It was opened in 1836. Porta Gavina dates back to 1208. Here in 1544 took place the execution of an old inhabitant of Torrita, Nencia, who refused to submit to the Government of the conquerors of Siena, and was for this nailed to the wood of this port. Porta a Pago dates back probably to the thirteenth century and is included in the best-preserved part of the historic centre. Porta a Sole is located at the eastern entrance of the castle (hence the name). There are many churches in Torrita di Siena, but one of the most important is the Romanesque church with a single nave of Saints Flora and Lucilla. Along with the Town Hall, it constitutes the oldest side of the square within the walls of the Castle of Torrita. Along the sidewalls there are some important works, such as a marble lunette decorated with a relief of the Blood of Christ, attributed to Donatello and probably made between 1430 and 1460.

The most important event in Torrita di Siena is the "Palio dei Somari" (donkeys race) that takes place on the Sunday after March 19. This date is symbolic, because it’s Saint Joseph’s Day, the patron saint of carpenters and in Torrita di Siena woodworking has always been widely practiced. The event dates back to 1966 and today is an occasion for the people who left Torrita di Siena in the past, usually for work reasons, to come back home and celebrate. The donkey, humble and tireless animal, represents the hard work and the simplicity of human labour. The event lasts several days starting from the first weeks of March. Each district has its own coat of arm and colour; everyone has rich and precious embroidered costumes like the ones of the Middle Ages. The Palio dei Somari is a competition between the eight districts of Torrita di Siena, and the race is preceded by a procession in the ancient streets of the village. The prize for the winner of the competition is a painted palio, which is then transported in the headquarters of its district.

Another important event is the Torrita Blues Festival, a musical event that takes place in Piazza Matteotti (the main square of the village) every year in late June. Have a look at the website: www.torritablues.it 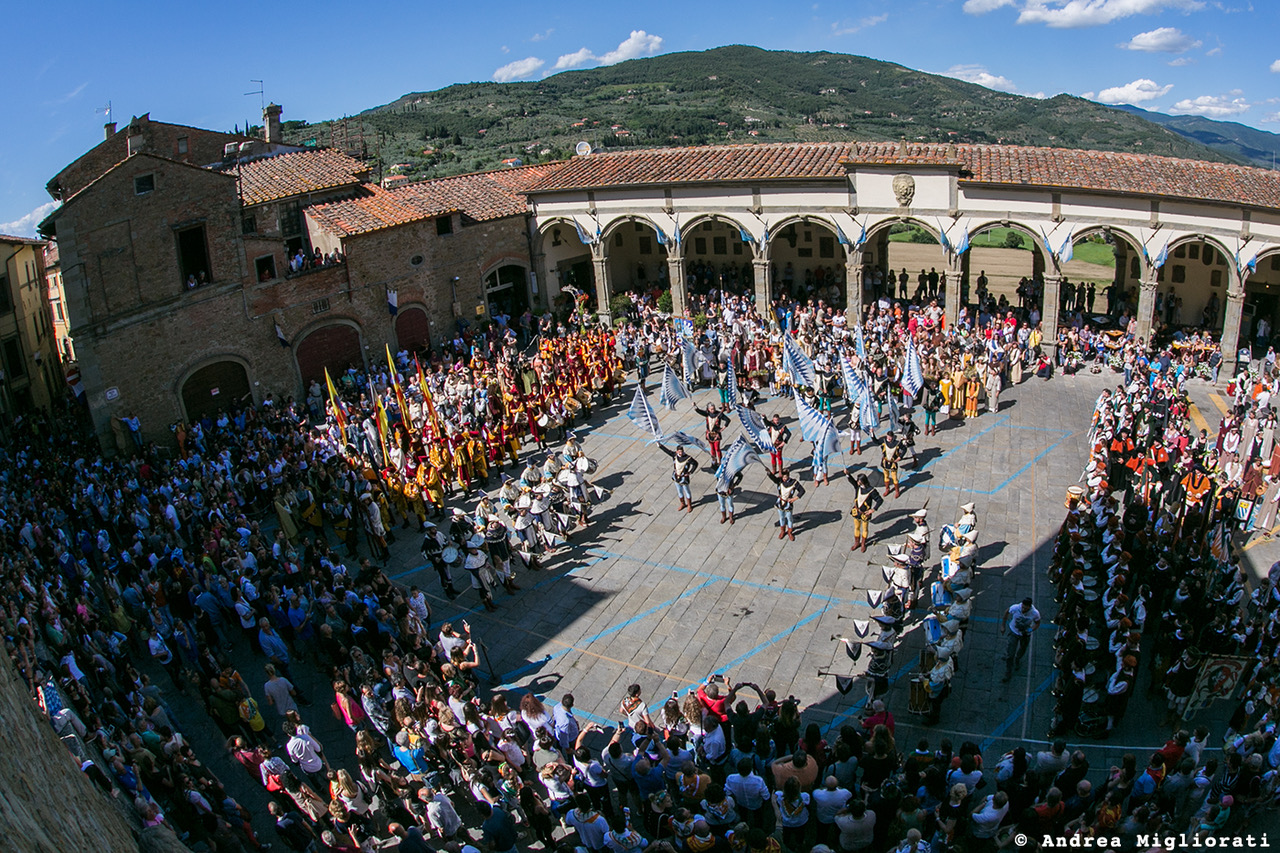 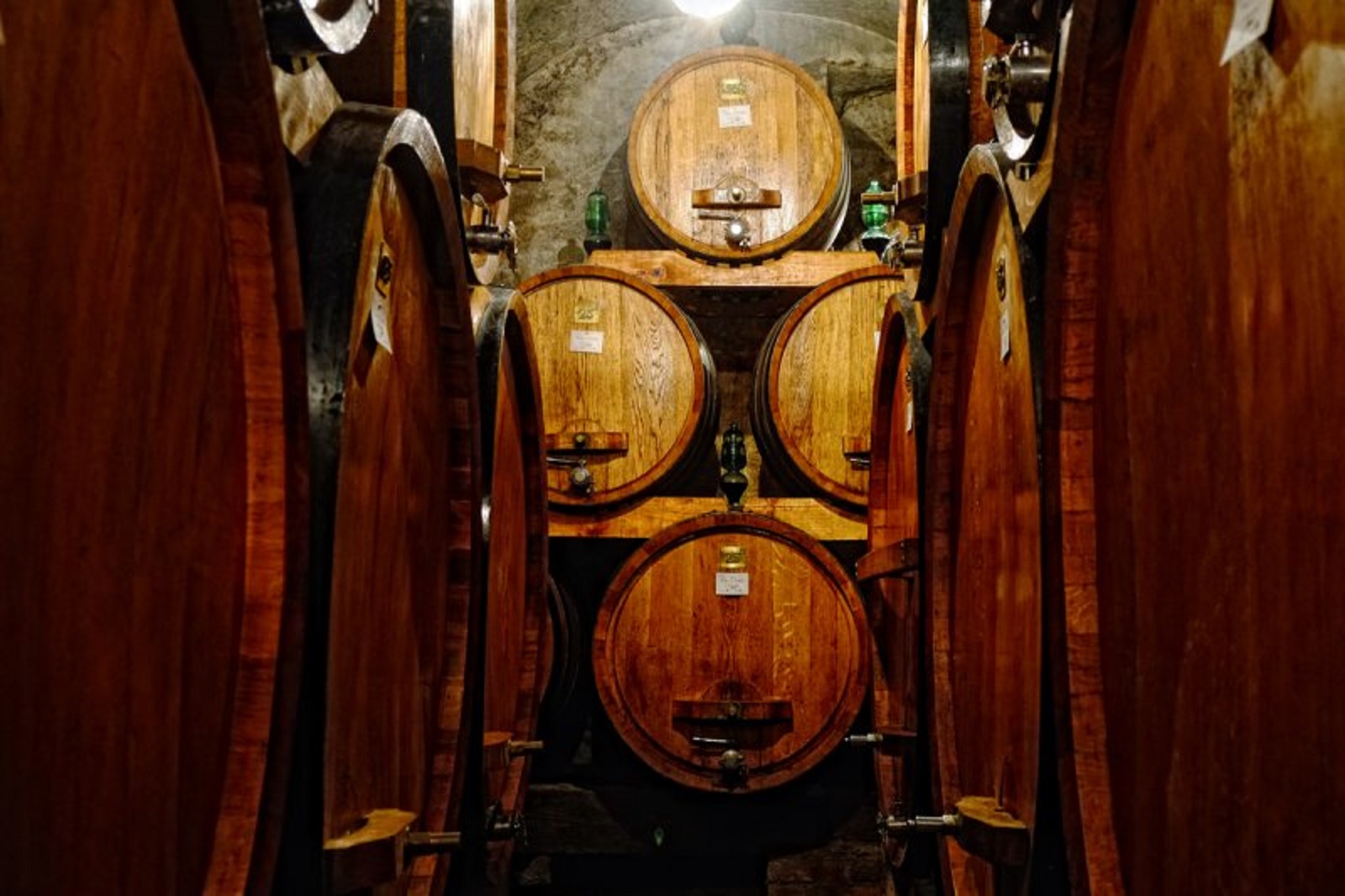 Not in a winery but a palazzo: how Montepulciano wine was originally made 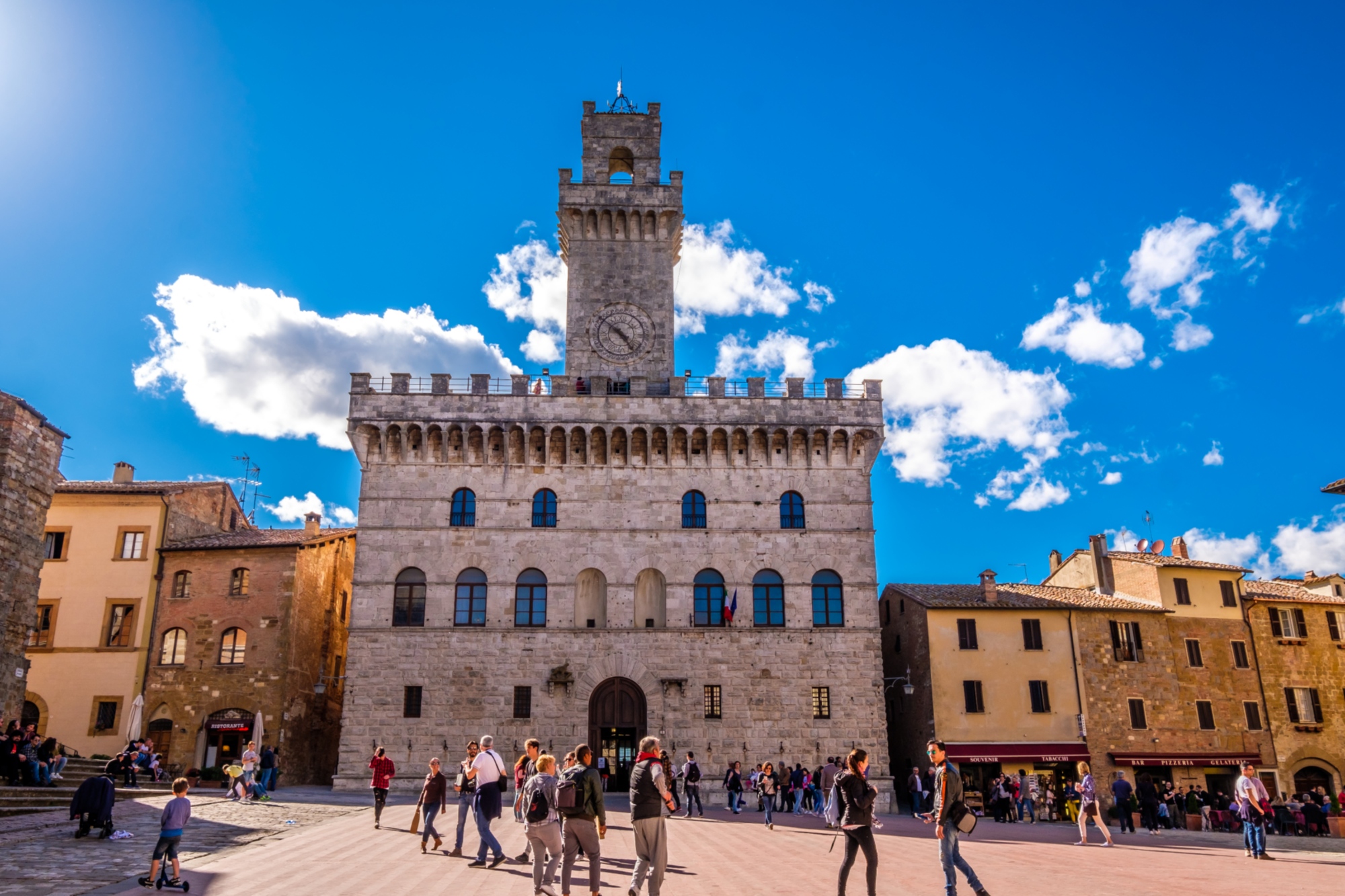 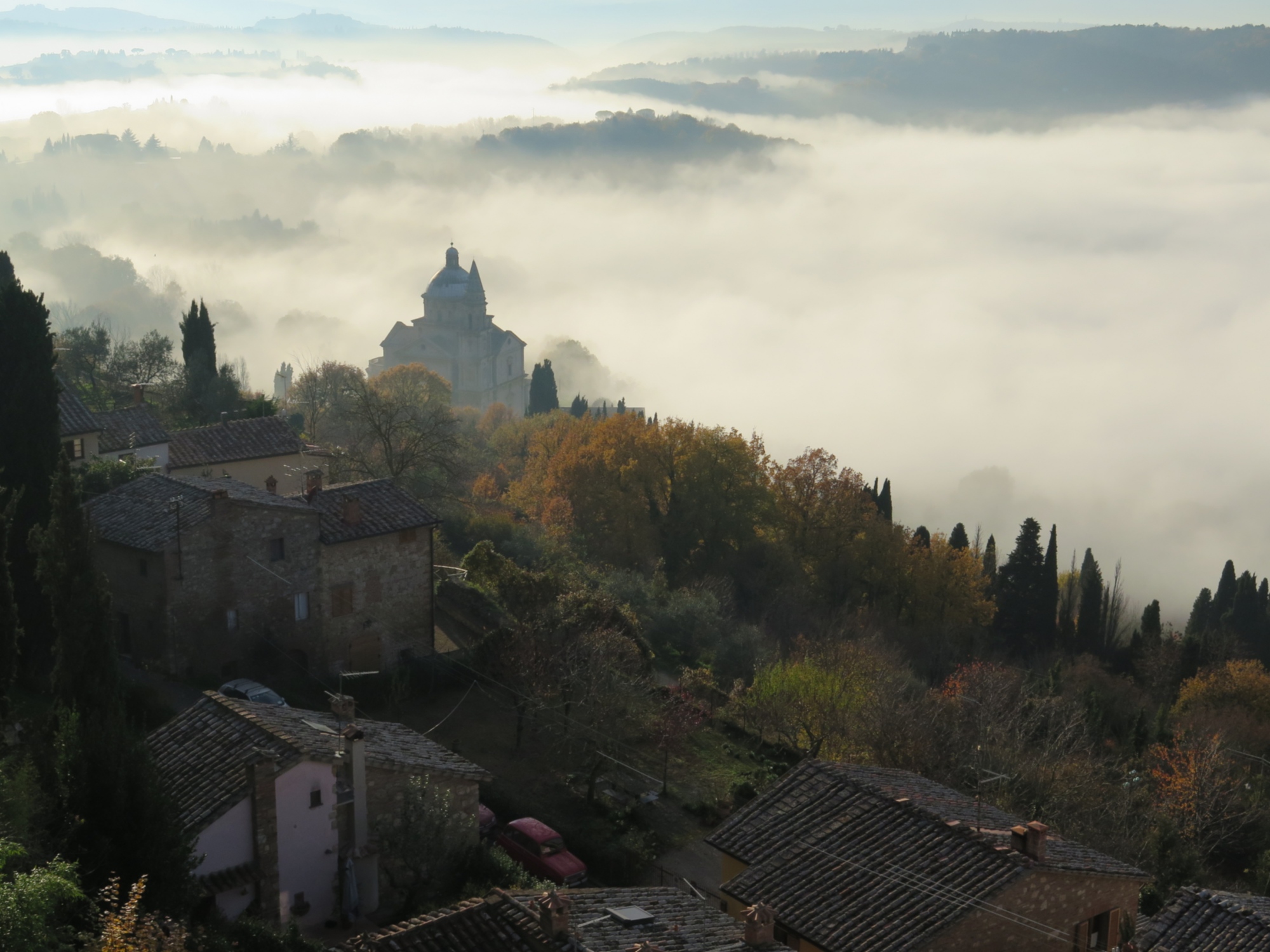 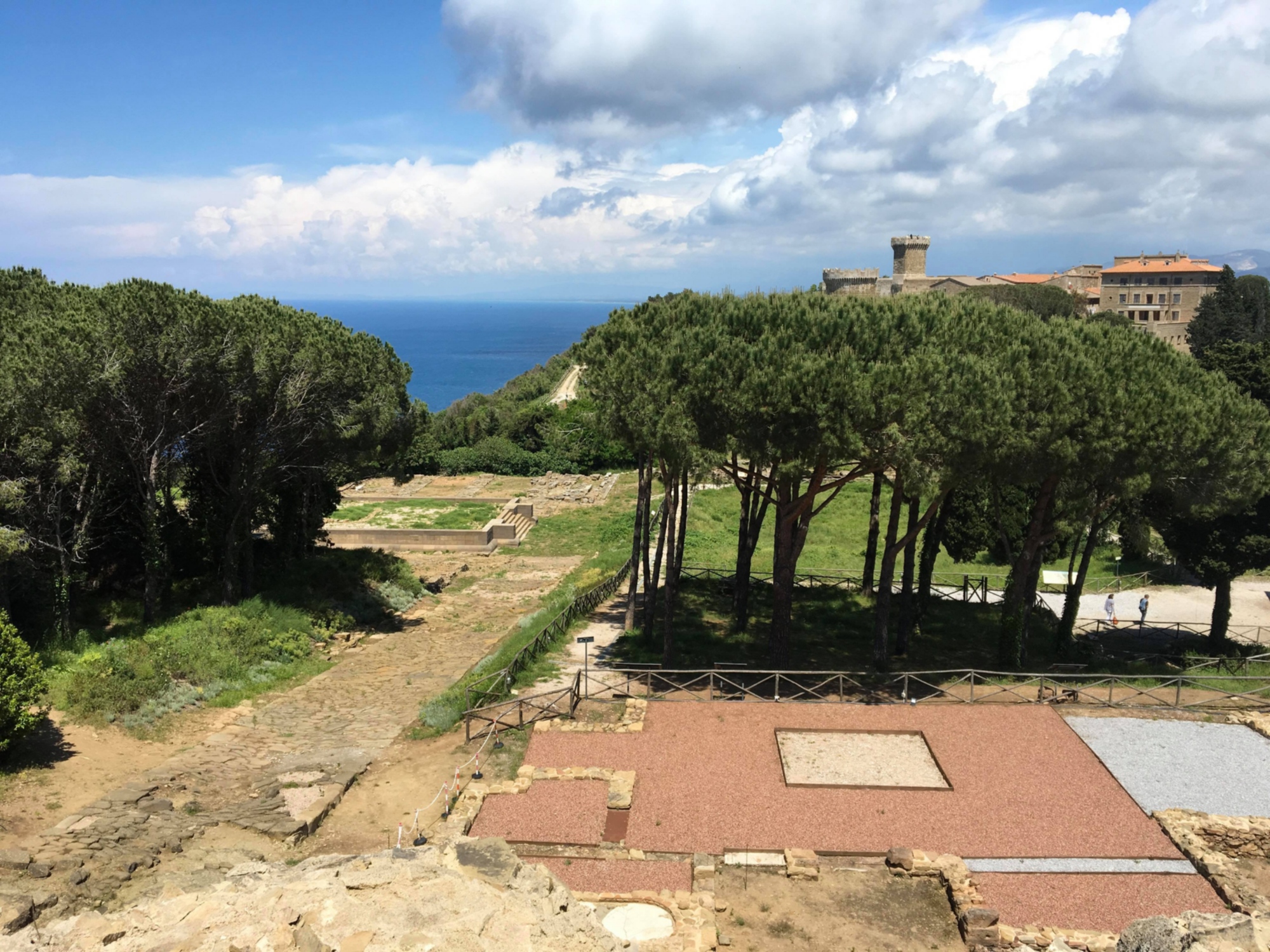 A journey with children through museums and archaeological areas 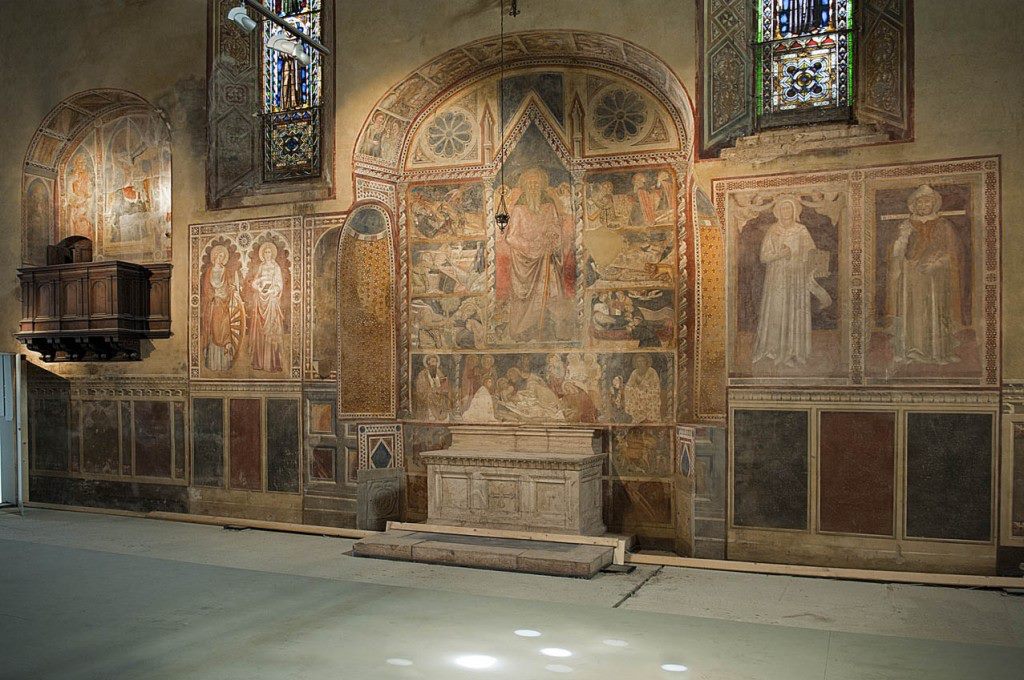