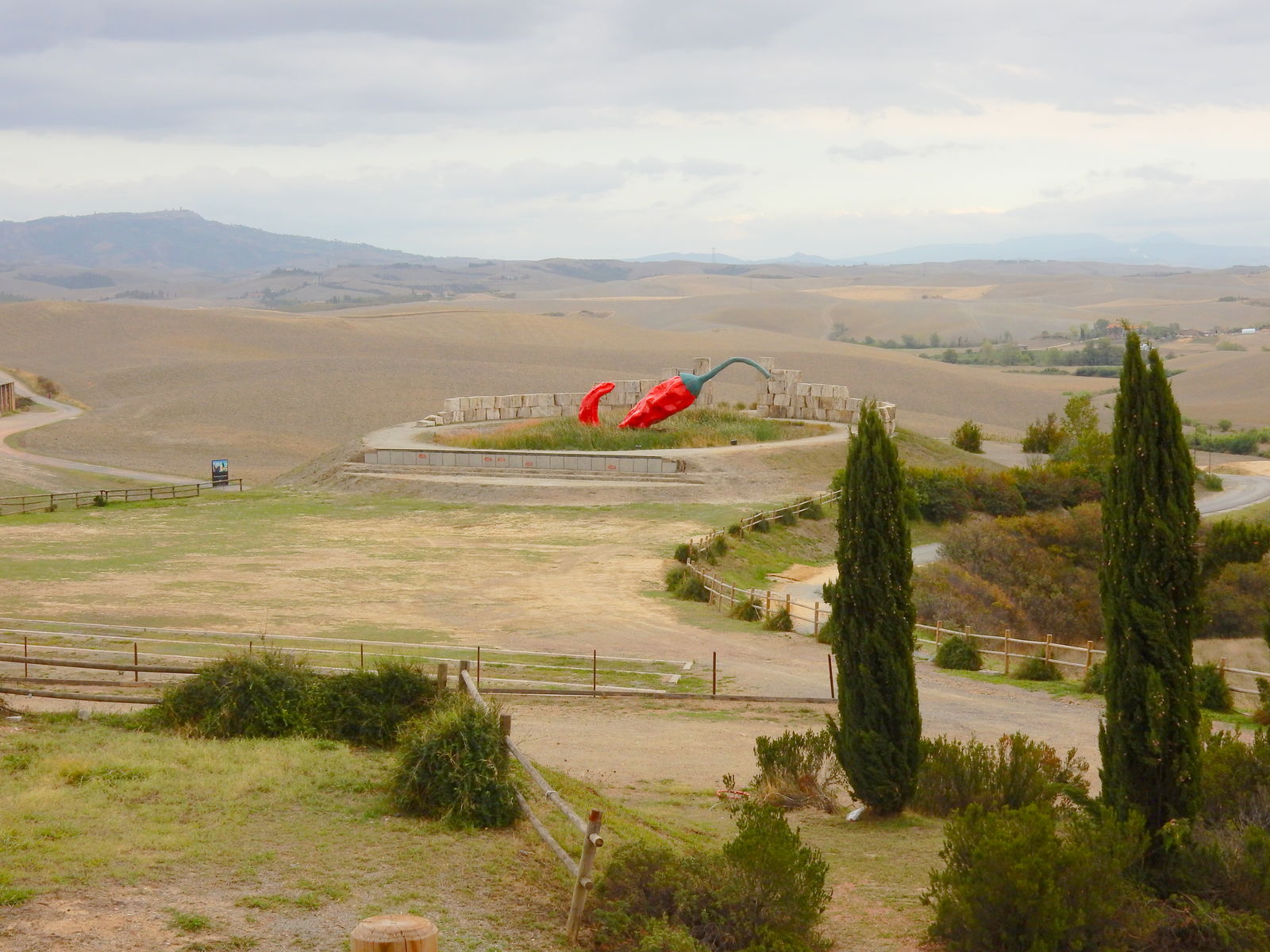 An ancient town with Lombardic roots, Lajatico was once the “castle” of the Pannocchieschi Counts and then the Bishop of Volterra, before being conquered by Pisa and later Florence. In recent years, the town has become an international tourism destination thanks to the tenor Andrea Bocelli, who was born here. Also thanks to the famous musician, every year in July – against the evocative backdrop of the Theatre of Silence – a concert is held that involves Bocelli himself, accompanied by world-renowned artists. The theatre, founded in 2006 to host just one performance a year (of the same name), is an open-air amphitheatre that makes use of the shape of a small hill outside the town.

Another symbol of the territory is the imposing Pietracassia Fortress, built during the Lombardic era to watch over the road that led to the copper mines in Montecatini. Abandoned for centuries, it’s considered one of the most important examples of Early Medieval architecture in all of Tuscany. The fortress takes its name from an open cleft in an enormous limestone rock that rises up from the ridge on which it sits (indeed, cassa means “cracked”).

Once you’re in the area, you should stop by Orciatico, close to Lajatico, whose historical center was recently restored and is home to a fortress with a tower that offers a splendid view of the Valdera and the Pisan hills. Orciatico is also famous for chestnuts and the presence of wind mills built at the end of the 1600s and well-preserved today. For those interested in geothermics, a visit to the mofetta of Borboi could be interesting, an area characterized by phenomena originating from the emission of carbon dioxide and the subject of studies carried out by the National Research Council. &
Area
The land of towers: each so different, each so unique
The territory surrounding the Leaning Tower is vast and varied, but they’re known by everyone thanks to a deeply-felt belonging to this centuries-old province, which is certainly much more than ...
Morekeyboard_backspace
Other towns and cities in Pisa Area
Capannolikeyboard_backspace place 1 Attractions explore 1 Itineraries
Ponsaccokeyboard_backspace
Cascinakeyboard_backspace place 2 Attractions
10 fun things to do in the winter
Winter
collections Modigliani and the Adventure of Montparnasse. Masterpieces from the Netter and Alexandre collections From 07 Nov 2019 to 16 Feb 2020
thumb_up Disfida dei Falò On January 17 and 31
collections Hinthial: The Shadow of San Gimignano From 01 Dec 2019 to 31 May 2020
FACEBOOK TWITTER INSTAGRAM PINTEREST YOUTUBE FLICKR
Coast
Mountain
Countryside
Towns and Cities