An essential tour of Florence in three days Learn more > 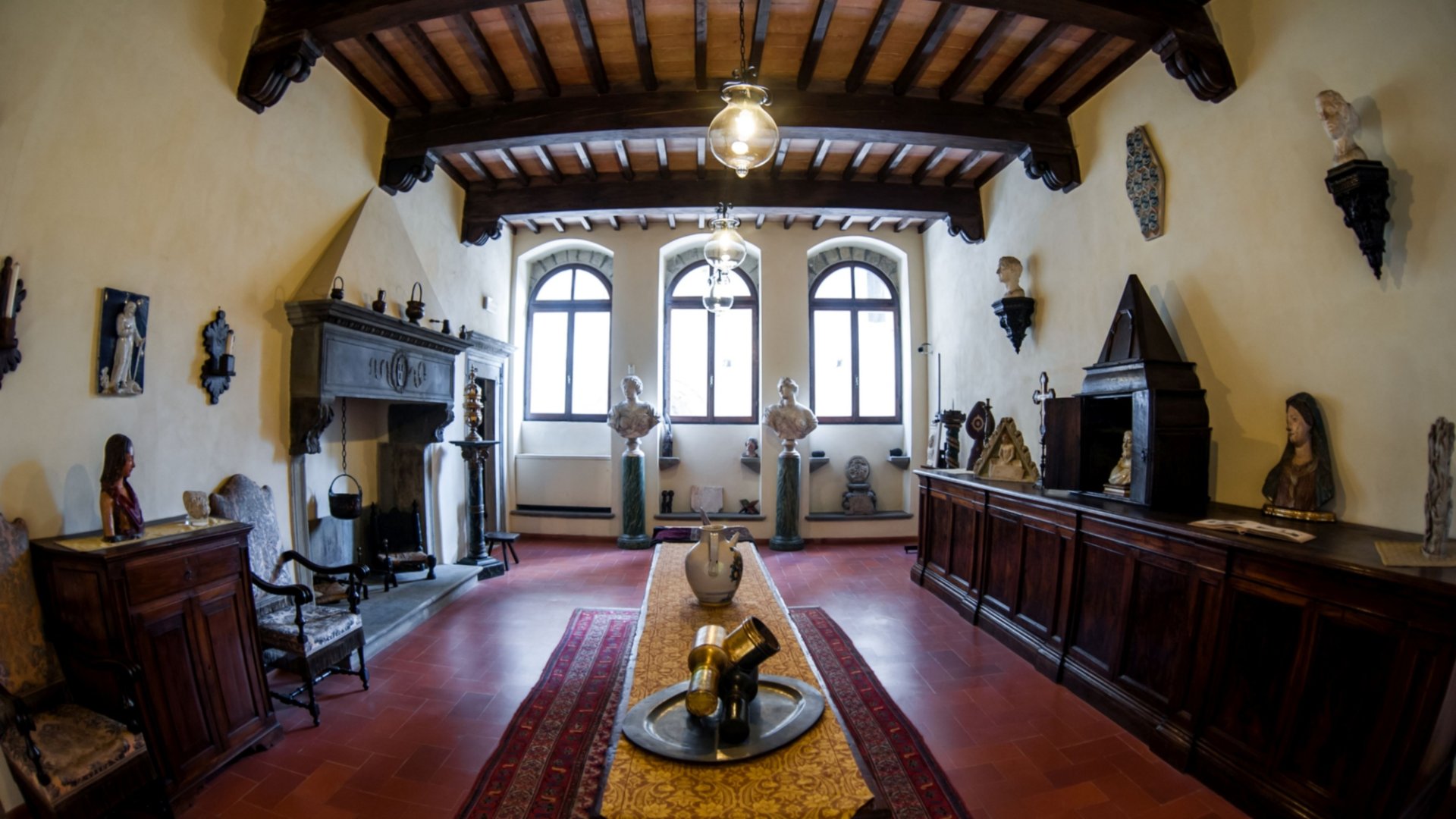 The Ivan Bruschi House Museum is located in Arezzo, in the medieval Palazzo del Capitano del Popolo, in front of the Parish Church of Santa Maria, and was once Bruschi’s home, the antiques dealer and founder of the Arezzo Antiques Fair.

The building dates to the 13th century: in the 1300s, it was owned by the Camaiani family, while in the 1400s, it came under the ownership of the city’s government. It was the site of the mint for the Guelph faction in Arezzo and perhaps the Capitan of Justice. Damaged during World War II, it was restored in the 1960s by Bruschi.

The museum is home to Bruschi’s collection. When he died in 1996, it was founded under the name “Fondazione Bruschi,” with the mission of disseminating the culture of antiques collecting in the Arezzo territory. The exhibition’s itinerary documents Bruschi’s varied interests with materials that range from Prehistory to the 20th century, and includes objects coming from outside Europe.

The museum’s holdings began to take form in the 1960s, when entire collections were purchased, and was later enlarged through the acquisition of single objects from the antiques market both close to Arezzo and further away.

share
Social & Web
Find out what they say about us, and tell us about your Tuscany!
Casa Museo Ivan Bruschi
More attractions in   Arezzo
View allkeyboard_backspace
Cathedral of Santi Donato e Pietro in Arezzo
Piazza Grande
Museo Archeologico Nazionale Gaio Cilnio Mecenate
San Francesco Basilica in Arezzo
Casa Vasari Museum in Arezzo
Palazzo dei Priori in Arezzo
Museum of Medieval and Modern Art in Arezzo
Diocesan Museum of Sacred Art in Arezzo
Gori & Zucchi Museum "UNOAERRE"
Church of Sant'Agostino in Arezzo
“Gaio Cilnio Mecenate” National Archeological Museum
Sargiano Wood
Arezzo
A historic treasure chest, home to well-known names such as Vasari and Petrarca
The city of Arezzo, situated in the South-West of Tuscany, rises up a hill which takes in 4 valleys: Valtiberina, Casentino, Valdarno and Valdichiana. The city has deeply historic origins, and is – although this is a little-known fact – even older than Alexandria in Egypt! ...
Moreeast
explore
Explore
Discover Deals, Events and Accommodation nearby
Deals Events
explore
keyboard_arrow_down
Italiano English Español Deutsch Français