What do you think when we say Tuscany, beach and relax? Our minds fly to the Etruscan Coast and the hilltop villages of Bolgheri and Castagneto Carducci, just to name a few, surrounded by vineyards with the sea at their feet.

As a matter of fact the Etruscan Coast is much more than sandy beaches and crystal blue water: the hills in the background are designed by the vineyards of famous wineries that you can discover by following the “Strada del Vino e dell’Olio Costa degli Etruschi” from Livorno to Piombino. There are lovely hilltop towns like Castagneto Carducci, Suvereto and Bolgheri, just to name the most famous, as well as thermal towns like Sassetta and Venturina.

Bolgheri and its beautiful surroundings

Let’s start this romantic weekend by stopping in San Guido, tiny village at the feet of Bolgheri, that looks like a corner of England in Tuscany. Close by there is the Oratory of San Guido, tiny church built by Della Gherardesca family in 1703, together with the other buildings in the area.

In front of you start one of the most scenic route in the world: the Viale dei Cipressi. The Strada Provinciale Bolgherese, or simply SP 16, is the beautiful avenue that goes to Bolgheri, it’s about 5 kilometers long and its framed by old cypresses. It became famous thanks to the Italian poet Giosuè Carducci, who wrote a famous ode that starts by poetically describing this avenue:

This road is just the perfect Tuscan postcard that leads to Bolgheri. Nowadays it is a famous destination for wine lovers, because of the production in the area of some the Super Tuscans wines like Sassicaia and Ornellaia, just to name a couple, but it used to be a farming village where lived the beloved grandmother of Giosuè Carducci who is commemorated with a terracotta statue in the piazzetta.

After a lunch with view in Bolgheri, it’s time to drive to Monteverdi Marittimo, hidden gem located in between the Etruscan Coast and the Val di Cecina. This medieval town counts just few characteristic streets and it was founded in 754 with the ancient Badia di San Pietro a Palazzuolo, not too far and easy to reach by walking. Don’t miss the tiny village of Canneto: few houses built in stone within a small city center with flowers at the windows, just the authentic Tuscany you are looking for a romantic weekend.

Traveller story A Long Weekend on the Etruscan Coast 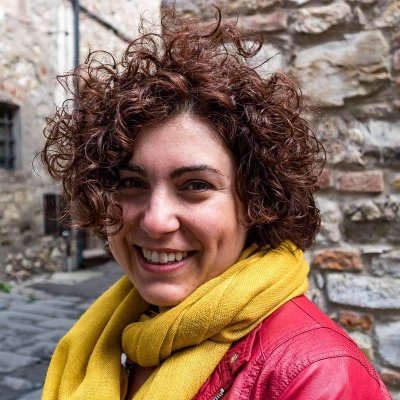 Kick off the day with a morning walk in the city center of Castagneto Carducci. This hilltop town, founded in 754 and ruled by the Della Gherardesca family, became famous thanks to Italian poet Giosuè Carducci, whose family moved here when he was 13 years old. Carducci loved this town, as well as Bolgheri and the surroundings, and spent quite some time in the area.

We recommend you visit Casa Carducci, the former poet’s house, the museum and the archive dedicated to Giosuè Carducci. Don’t miss to take a picture with the poet himself by his statue close to the town hall; another unmissable place is the piazzale Belvedere from which you can enjoy a breathtaking view over the countryside.

It’s now time to go to the Terme di Sassetta, a small thermal spa not far from Castagneto Carducci. This thermal center is surrounded by a dense and quiet Mediterranean forest and it’s renowned for its warm water rich in sulphates, calcium and essential minerals since the Etruscan times. The limited visitors’ number makes it extremely romantic and intimate.

Postcard from the medieval Suvereto

The Etruscan Coast still preserves the authentic Tuscan look and the town of Suvereto is probably the best postcard for your memories book. It takes its name from the cork oak, also known as Quercus suber, that grows naturally in the surrounding forests.

Suvereto preserves the original medieval look, as well as part of its original walls; the Town Hall has a beautiful entrance with a loggia in Gothic style called “Loggia dei Giudici” because it was the place for public trails in the Middle Ages. Not to be missed Piazza della Cisterna: this square used to be the beautiful cloister of the Convent of San Francesco, founded in 1286 and abolished in 1808.

On the way back to the sea, stop at the Terme di Venturina to end your romantic weekend in Tuscany at the best. This thermal baths, located just few kilometers from the seaside, were well known for their healing properties by Etruscan and Roman people: the water has a temperature of 36°C and is rich in sulphur, alkali and earth.

If you follow this itinerary in Summer or during warm days you may add a stop by the seaside in San Vincenzo that offers both free beaches and beach clubs and a city center full of shops, restaurants and bars.