Where to go
Destinations
All the destinations >
Main attractions
Basilica of Santa Maria del Fiore, the Duomo of Florence
Pisa's Medieval Walls
Mascagni Terrace
The Guinigi Tower
Massa Cathedral
The Medici Villa in Poggio a Caiano
San Francesco Basilica in Arezzo
Santa Maria della Scala
Cascate del Mulino hot springs in Saturnia
Piazza Duomo in Pistoia
All the attractions >
Areas
All the areas >
Settings
Coast The best of land and sea
Mountains The peak of excitement
Countryside Hills to explore
Towns & cities Art and history in places beyond time
What to do
What do you feel like?
Art and Culture
Food and Wine
nature_people Outdoors
Francigena and Historical Hikes
child_friendly Family
spa Spa and Wellness
Romantic and Wedding
accessible Accessible Tourism
All types >
Ideas Suggested trips, lists and curiosities
Itineraries Our routes with downloadable gps tracks
Time-based tours Tours made to fit with your schedule
Events The calendar of events in Tuscany
A plan for all seasons
Spring When nature in Tuscany reawakens
Summer All the colours of the warmest season
Autumn The harvest, leaves, and food festivals
Winter From cities of art to snow-capped summits
Plan
Deals

In Tuscany, there's no shortage of top quality food and wine delicacies. Following the paths of ancient flavors, we find a concentration of traditions and crafts in the province of Prato.

The territory of Carmignano was very popular with the Etruscans and is rich in traditional products such as wine, oil and fig trees: the best of their kind. Not surprisingly, the town is called "Carmignan da’ fichi" for this reason. These sweet products are mainly consumed in the winter season, on the occasion of the Christmas holidays.

Many varieties are produced in Carmignano: Verdino, San Piero fig, Brogiotto Nero, Corbo, or the rare Perticone, Pécciolo and Rossellino. The best for producing dried figs is the dottato: a white fruit variety that represents about 90% of the figs grown in Carmignano.

Its fruits, as soon as they are picked, are opened and placed on special mats. Here, they are subjected to sulfur smoke. After four or five days in the sun, the figs are placed in a cool, dry place where they remain for about 40 days. During this time, a light covering of sugar forms on the surface which is called a "gruma". After the drying phase, the figs are overlapped to form the "picce" with the characteristic shape of eight. In the middle of each pair of figs, some aniseed is added.

Carmignano figs have a color ranging from gray to beige, up to hazelnut. Their sugary flavor is accompanied by the unusual note of anise.

The fig harvest takes place in the latter part of the summer: from mid-August to the end of September. The dried fig of Carmignano cannot be marketed before September 29 of each year (San Michele, patron saint of the city).

Figs are produced in the municipalities of Carmignano and Poggio a Caiano, in the province of Prato.

Fig trees, which have always been present in the area, have never been specifically cultivated, but placed in the marginal areas of the farms such as near the vines, on the edges of the banks, close to dry stone walls and in the most arid and stony areas of the fields.

The dottato fig can be enjoyed on their own or when fresh, accompanied by mortadella di Prato or Tuscan salami.

The dried figs of Carmignano are also stuffed with cream and pine nuts as an appetizer. They are even more delicious if they are gently drizzled with butter or greased with a piece of walnut.

Often, they are served in traditional combinations with vin santo and walnuts.

You might also be interested in
Carmignano
La ricetta degli Amaretti di Carmignano
Carmignano Castle
Visit Tuscany's Taste Museums
A food and wine tour in the Montalbano hills
A journey to discover the food and wines of Tuscany
A walk through the contemporary artwork of Prato
Prato, an art walk around the historic centre 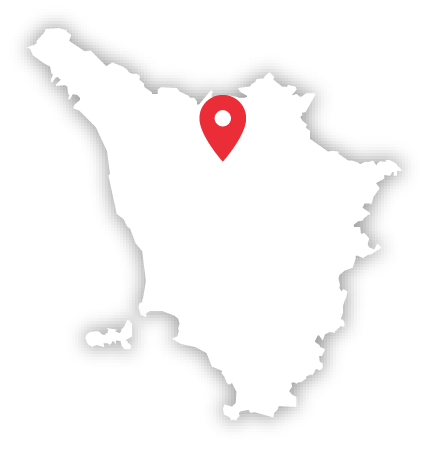 Learn more
Prato area
The Prato area lies between the ridges of the Calvana mountains and the forests on the nearby Apennines. continue...
Visit Tuscany WeChat
official account
您可以通过下面的QR码关注Visit Tuscany的官方微信！