The first known mention of the Via Francigena refers to the stretch that leads through the Amiata woods towards the Abbey of San Salvatore, a destination favoured by pilgrims

The Via Francigena and Monte Amiata, relics and manuscripts

Even if today it is an official variant of the Via Francigena, section 36 (which climbs from San Quirico d'Orcia towards Abbadia San Salvatore) was the road more travelled in the early Middle Ages. Pilgrims favoured this route, which runs high above sea level, partly because it was considered safer than the lower-lying swampy areas, but mostly because it took them to an unmissable spiritual destination in the Abbey of San Salvatore.

Even today you can admire the relics that date back to the Lombard area, including a rare Celtic jewellery casket. The church's crypt has 32 columns, no two exactly the same; and a copy of the Codex Amiatinus, the oldest surviving complete manuscript of the Bible in Latin, is held in the church museum. There is also a wooden crucifix, sculpted in the Burgundy Romanesque style by a pilgrim whose Francigena journey had started at the Abbey of Vézelay.

The first known mention of the Via Francigena, dated to 876 CE, refers to this stretch of the route, which today is an official variant rather than the main trail. The story of this pilgrimage route begins with the Lombards, who spent the seventh century creating a network of roads connecting France to Rome.

To walk this alternative section 36 today, you need to start at the point where it departs from the official main route, just before the posthouse in Ricorsi. The entire stretch between San Quirico D'Orcia and the Abbadia San Salvatore (where you will easily find accommodation) is 32 kilometres long, with a reasonably demanding climb. The next section rewards your efforts with an easy descent. Then you pass through the Paglia valley and descend towards Ponte a Rigo (where a guest house operates for pilgrims), before rejoining the main route of the Francigena, which heads towards Acquapendente.

Another attraction for wayfarers are the pleasant views over the valley, opening up to the Val d'Orcia. On the walk, in fact, you can likely make out the castle of Radicofani on the horizon, which stands at a similar altitude to the Abbadia San Salvatore. Taking on this section of the Francigena means opening yourself up to surprises: the chestnut woods on the hillsides, the golden fields of wheat and sunflowers that sprawl across the valley, and the enormous dried-up bed of the river Paglia. As the variant is less well-trodden than its counterpart, you are more likely to encounter animals than people. You may well stumble upon deer, porcupines and foxes, along with the flocks of sheep that graze out here.

Every season, from May to October, the Abbadia San Salvatore variant assumes the most remarkable colours and smells and stirs the most vivid feelings. It offers a completely original experience for pilgrims and for those who love slow tourism in Tuscany. 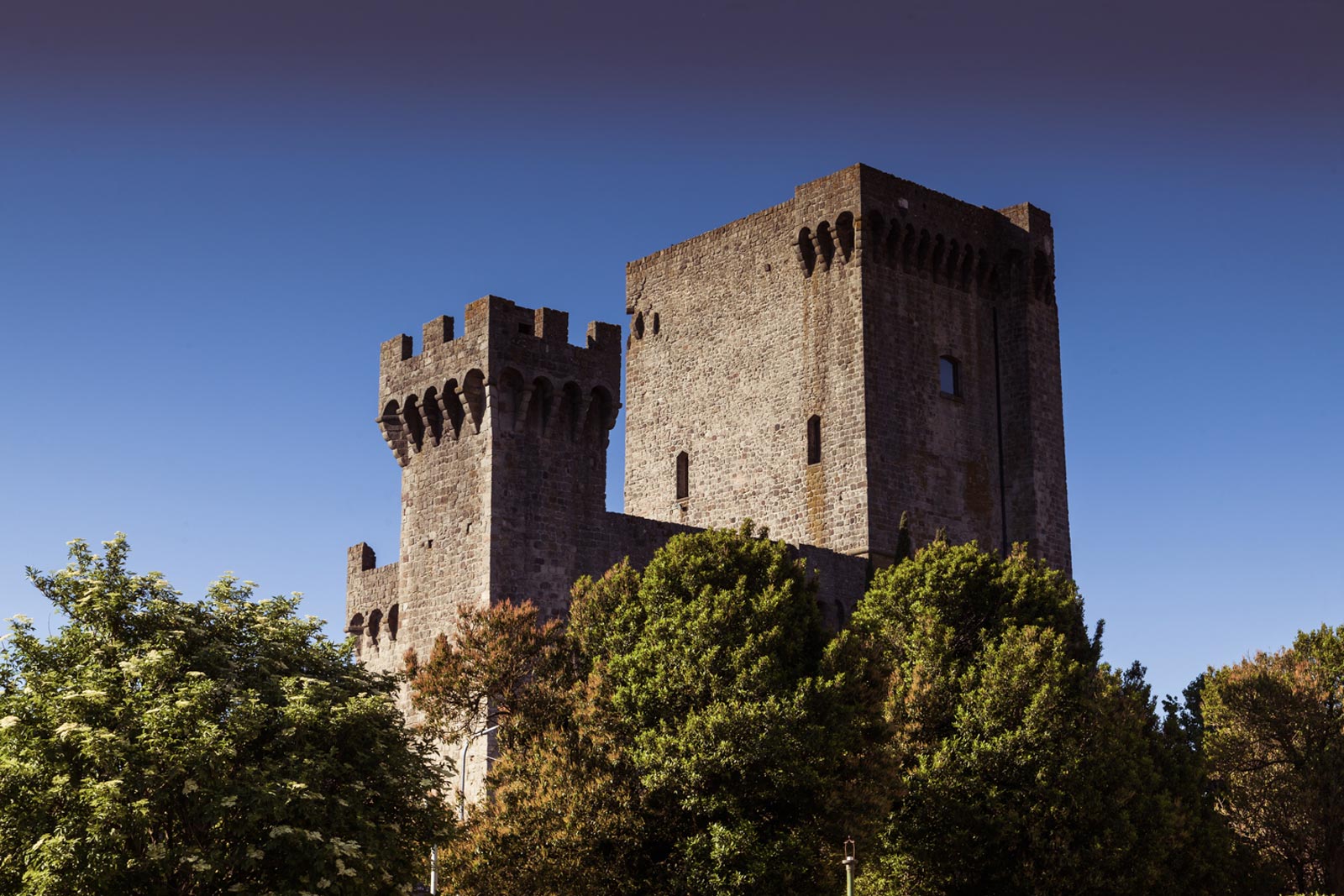 The 5 most beautiful castles around Monte Amiata 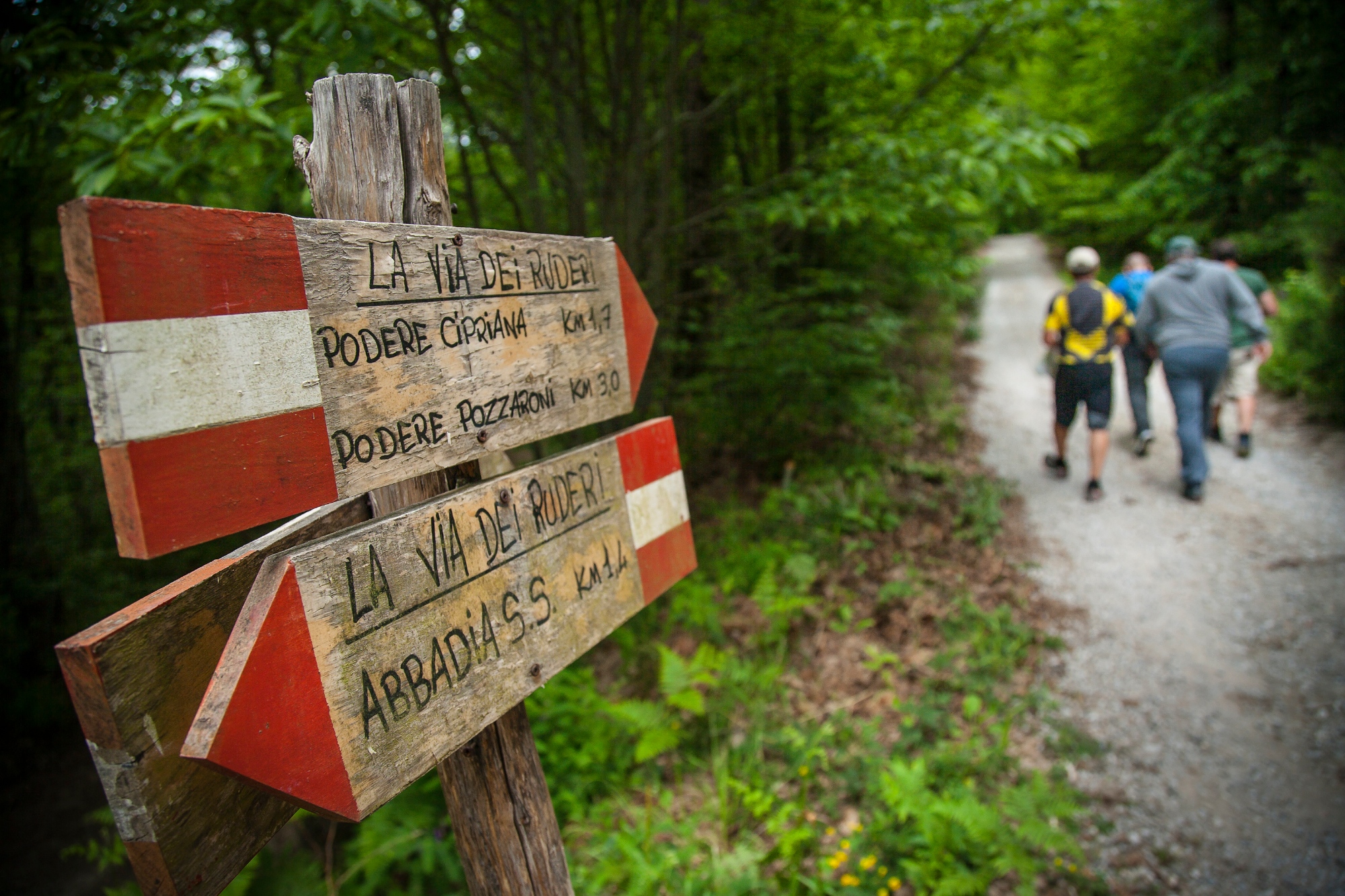 Running and orienteering in the woods of Monte Amiata 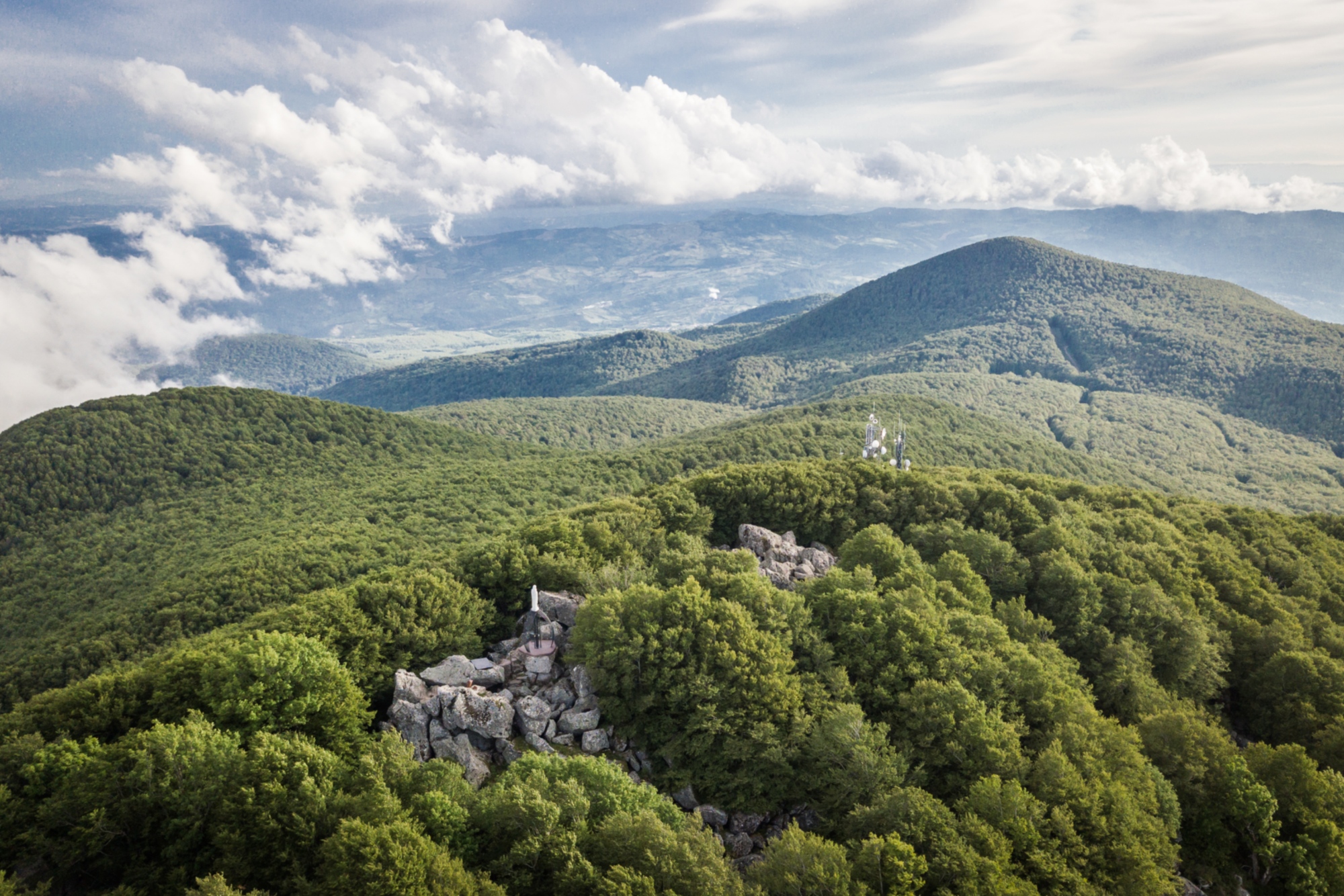 “Estatura”, the historic tradition of refreshment in Amiata 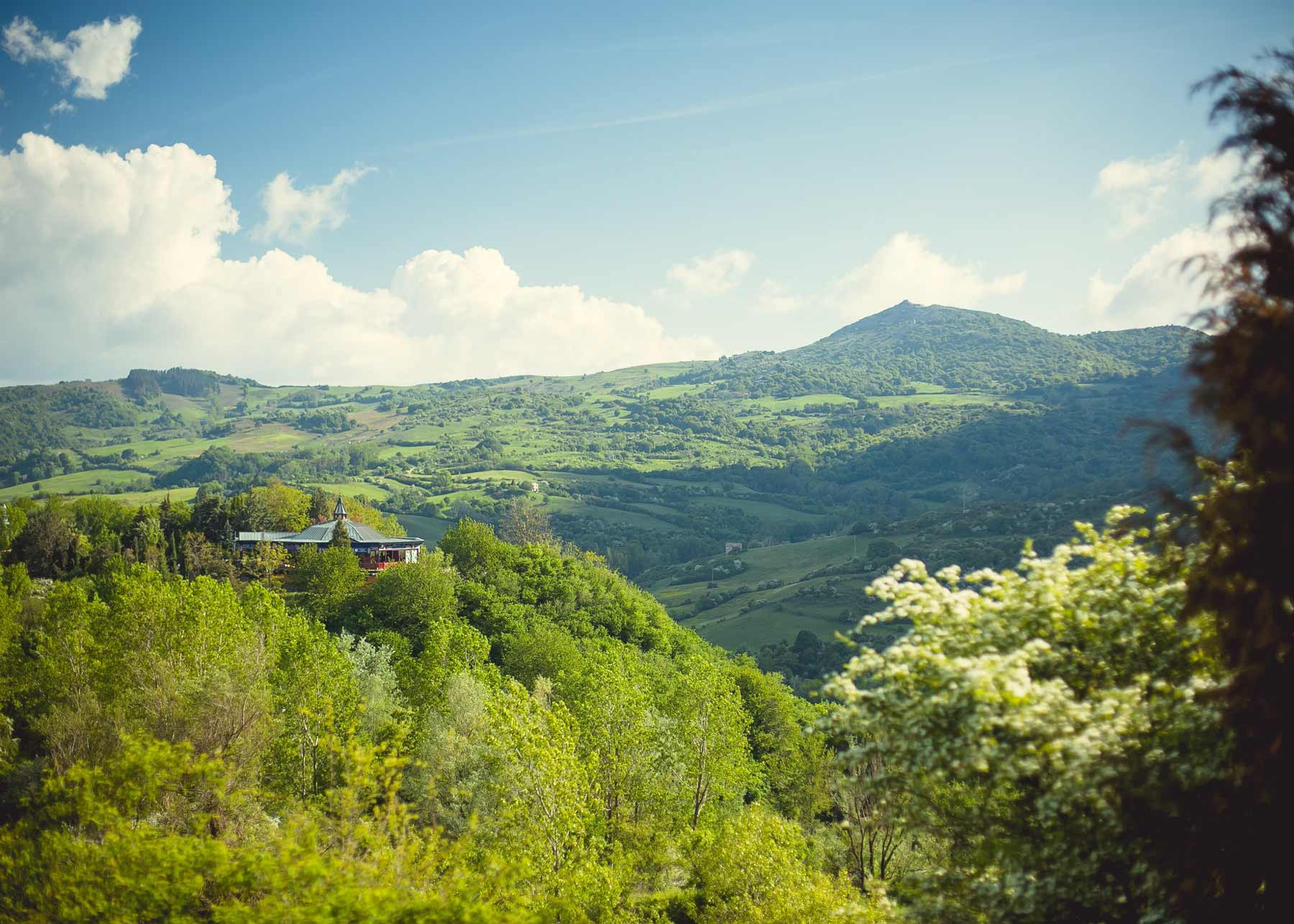 Mystical nature and sacred places: the spiritual pull of Amiata 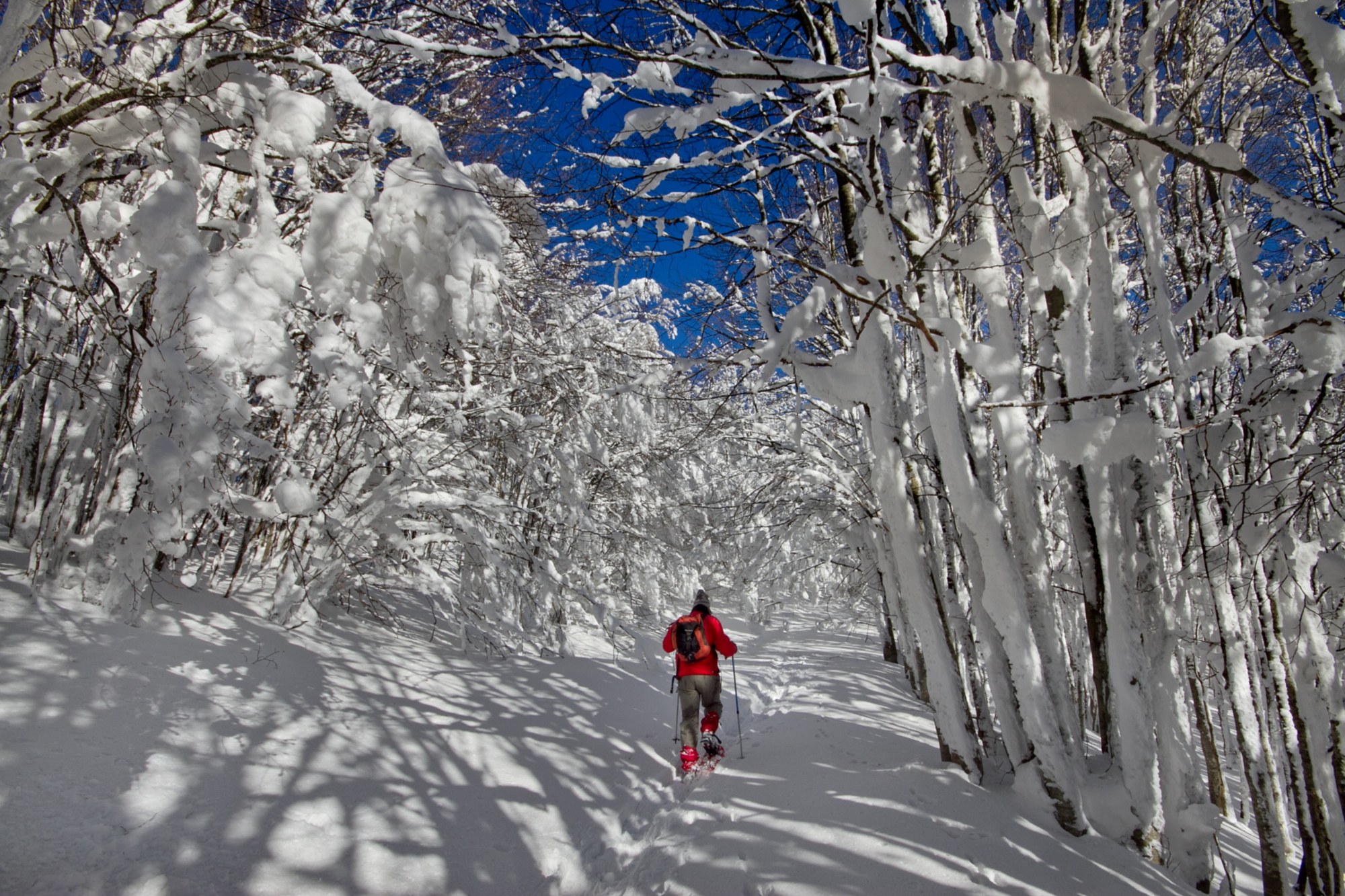 Snowshoeing in the snowy woods of Amiata Learn more
Amiata
A complex and hybrid land nestled between the Val d’Orcia and the Maremma, the Amiata area is a hub of life and culture that takes its name from
continue...
explore
Explore
Discover Deals, Events and Accommodation nearby
Deals Events
explore
keyboard_arrow_down
Italiano English Español Deutsch Français